Why I decided to volunteer in Mexico

Last year we had to choose modules for our second year at university. When I saw the opportunity to go on a month’s placement I jumped at the chance. I looked into the different countries and placements for quite a while but all along I always knew I wanted to go to Mexico and work with baby sea turtles – it just seemed to perfectly suit me.

When I arrived at Guadalajara Airport after a very long flight myself and some others from my university were taken to a host family for one night by the Projects Abroad office staff who were extremely friendly and welcoming. We were all exhausted and went to bed soon after. The next day we went on a 5 hour journey via coach to Tecoman, and it was the first time I’d seen Mexico in daylight. I saw the beauty of the country as I looked out my window from the mountainous roads and between sleeping quite enjoyed the continuation of my journey.

As we arrived at the turtle camp I couldn’t believe that we really were camping on the beach! We were shown around and introduced to the other volunteers and soon settled into a familiar routine. Every day we would (or at least were meant to!) wake up and conduct the camp duties that were divided up between all the volunteers. We then had time for breakfast before we either left for Tecoman or stayed at the camp. In Tecoman we had time to go on the internet, shop and get to know the town. It soon became very familiar to all of us and we were able to get around the town with no problems. If we decided to stay at the camp we would have time to socialise with the other volunteers, read books and sunbathe.

After lunch we would then usually have an activity together. This ranged from cleaning out the turtle nests, to helping to build fences or painting buildings to help around the camp.

Every Thursday, we would go to the Crocodile Farm near to Tecoman. The farm had several different enclosures of crocodiles of varying ages. After helping to tie up the crocodiles the volunteers would help to get rid of the grass on the two banks surrounding the pool and occasionally clean out the pool. We also were given the opportunity to hold baby crocodiles which was an amazing experience.

In the evenings, we settled into a routine of playing cards, volleyball and going to the little beach lagoon where there was a bar. We made the most out of not having any technology at all and it meant by the end of the month we had all become good friends.

Every night one volunteer was scheduled to go on night patrol. This would be at either 11pm or 5am. We would sit on the back of the quad bike while one of the staff members drove along the beach 12km north and south of the camp. I was lucky enough to see a mother Olive Ridley turtle laying her eggs into a nest, where we waited and waited until she went back to sea and we collected and buried the eggs. I really didn’t mind the early patrol; it actually felt like a dream when I did it!

Food was always very welcome at the camp. Lunch was the main meal of the day in Mexico and usually would be eaten around half past 2 or sometimes even later and was prepared by a lady off site. It ranged from various traditionally Mexican dishes including enchiladas and Mexican beans to a very familiar spaghetti bolognese and mash (strange combination but it worked!) so there was always something for everyone. In the mornings and evenings we were able to make our own food and toasties became very popular amongst our group.

At the weekend we were able to travel around Mexico. We visited Colima, where we were able to swim and saw an amazing waterfall. We also ate out in the local restaurants and came to realise how friendly Mexicans are. Another weekend we stayed in a lovely hostel in Manzanillo, and we visited the local market and spent a lot of time relaxing around the pool.

One of the highlights of the trip was when we discovered ‘the green wave’ and sparkles on the beach. We had to wait for a night without the moon (which was the wrong way up – I thought that only happened south of the equator!) where we could go down onto the beach and jump. All around us the sand would sparkle. There was also ‘the green wave’ which was where waves would glow bright green for a second or two as they came into the shore. It was a truly magical moment, I wanted to take photos but realised it is really something you have to experience yourself.

Another highlight was when me and some other volunteers found a lagoon along the beach which had a build-up of clay. We spent hours at this lagoon covering ourselves in the clay as it felt really good for our skin! It was just an amazing discovery that we took others back to a couple of weeks later, but unfortunately it had all been washed away.

Another highlight was of course working with the turtles. I had no idea they were so cute! We were very lucky and got to see lots and lots of turtles to release into the sea including a leatherback turtle which was very rare. I really enjoyed working with the turtles and crocodiles and it has secured what I want to do later in my life which is working in conservation and animal welfare.

My experience of being a volunteer

I am so happy I chose this placement as it has given me some memories I will never ever forget, it really was one of the best experiences of my life and has given me some skills that I hope to be able to use in the future. 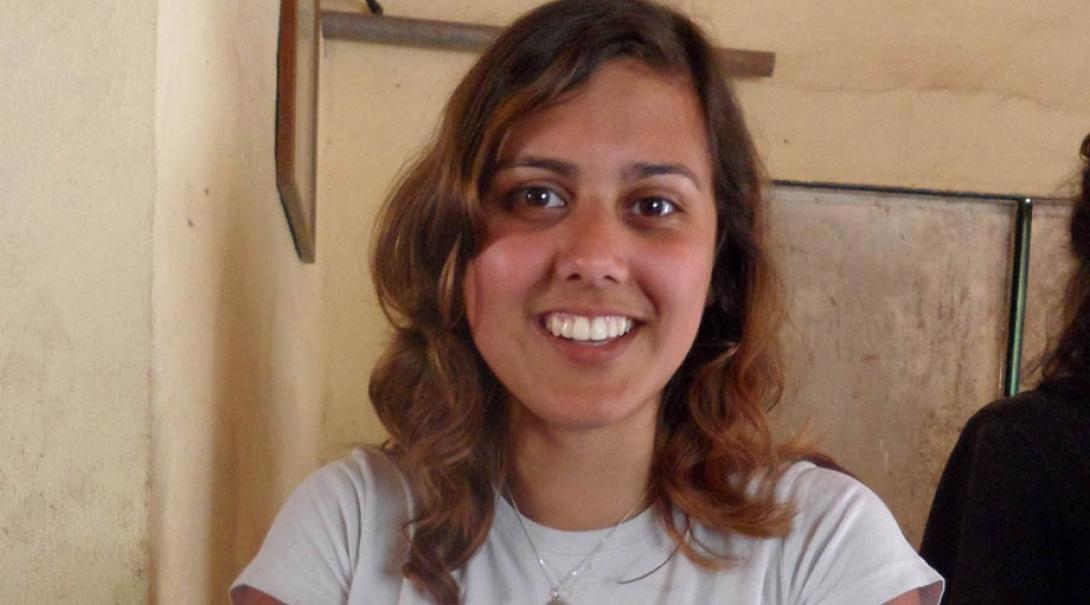