Review: Childcare in the Philippines by Rosanna C

Ever since my desire to travel began I was always obsessed with the idea to volunteer, so I did my research and stumbled across Projects Abroad. I started travelling the January after I left school.

On arrival I was greeted at the airport and all my fears were rushed away as Aquilles, a staff member, was so cheerful and happy to answer any questions in the two hour car journey to Cebu; he even stopped on the way to ensure we could try his favourite type of dried mango which was so delicious. When we reached Bogo we were introduced to all of the friendly staff and then taken to our host families.

Momma Virginia was so welcoming and couldn’t have made me feel more at home. For the first week it was just me and my family and then on the second week I had another volunteer join me. Our host mum went out of her way to make sure we always were happy and had everything we needed. She would prepare all our meals for us and would even sometimes pick us up a Jollibee burger which is like McDonalds in the Philippines. She had a very big family which is very common in the Filipino culture and one day she invited us to her sister in law’s birthday party which was so much fun but also such a good way to understand their culture even more; we had their traditional roasted pig and learnt their phrase ‘no pig means no party’.

Unfortunately for my last week of my placement I had to move families as their daughter became ill, however, my new family were amazing and the dad was the most incredible cook. There were so many children running around so we were always entertained by them and one night we all cuddled up on the sofa to watch the new Cinderella DVD I had bought with me. Living with host families was a major reason I enjoyed my volunteering experience so much, it really opens your eyes to their way of living and having to adapt to their culture.

Volunteering on the Childcare placement

I was more nervous than I thought I would be on my first day at school, it was probably due to never having done something quite like what I was about to do. I knew it would be the most amazing experience but I knew it would be challenging which is what I wanted; I wanted to do something outside my comfort zone.

I was placed in the kindergarten class, which was the perfect class for me as it meant I had so much fun playing games and being silly with the kids as well as helping them learn and assisting the teacher. The children in my class were amazing, after they were used to me which took a couple of days, they would run and hug me whenever I walked into the class which makes you feel happy and blessed. Even though there was an obvious language barrier they would listen to what I was telling them to do and definitely seemed to be making progress. Whilst I was there we concentrated on learning the alphabet and shapes in English. We were also teaching them to count to 15, however we had to teach them this in their local language because they are so used to counting in English they don’t yet know it in Filipino.

It was so rewarding to see the children grow throughout the weeks I was with them; I looked forward to going to my classes every morning and afternoon. In my afternoon classes we had a much bigger class and one of the pupils had learning difficulties however he did not want to be put in the special needs to class. He found it very hard to concentrate and therefore would rarely do the tasks or homework. As the class is so big it was hard for the teacher to constantly ensure that he is up to date and joining in on all the activities, so I would sit next to him during the lessons and make sure he understood what he had to do and encourage him to do it. For example, he struggled writing out the alphabet so I would write it all out in dot-to-dot so that he could copy over it and eventually he was able to do it by himself.

My work in the Philippines was the most rewarding and enjoyable experience; every day was different and you are constantly learning more about the Filipino culture which is definitely one of the most interesting cultures I have encountered. I would definitely want to go back once I’ve finished university to see all the kids I helped. 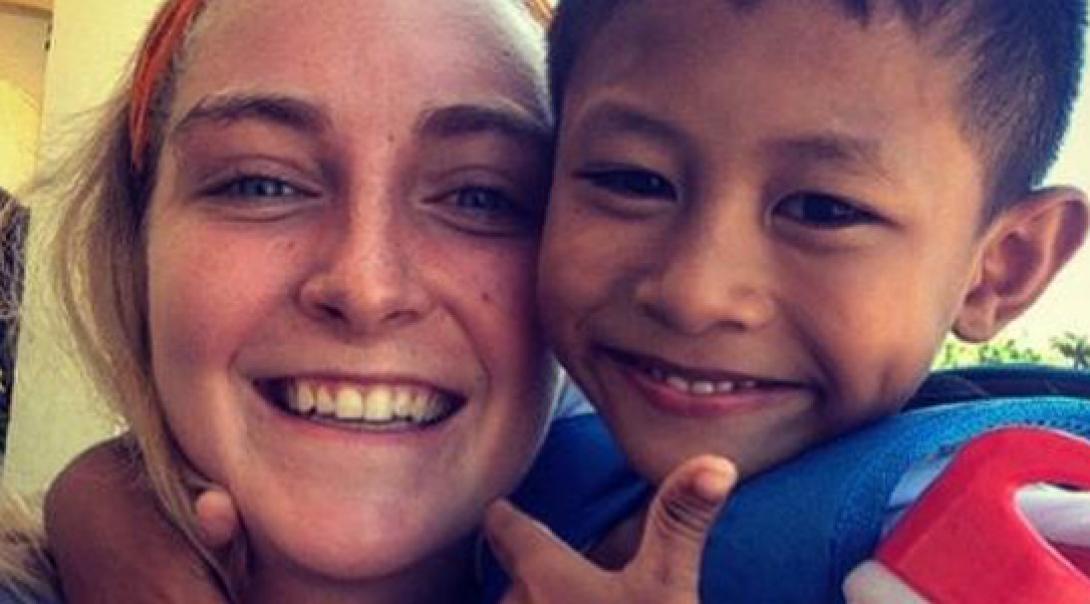