So you’re looking for something? Is it incredible experiences? To contribute in aiding the world? Maybe simply to have fun? Or is it deeper than this; possibly self-understanding or soul healing? Well whatever it is, by travelling to any of these wondrous countries, I can hand on my heart say that you will find all of these and so much more.

Honestly I’m not entirely sure what I was looking for. I think I wanted to build my confidence, gain experience. I wanted to see parts of the world I have never been to, whilst doing something worthwhile. So on my pre-university gap year I spent six months discovering the beauty and understanding the culture of two indescribable countries, on two separate continents; Peru in South America, and Ghana on the west coast of Africa.

I say indescribable, as really I will never be able to portray to you all the little fascinations and untold wonders of these countries. To really understand, you’ll have to go there yourself. However, I will try my best to tell you a little about my subsequent three month visits to each country.

Firstly Ghana - the huge humid heat wave greeting you as you step out of the air-conditioned airport into Ghana’s capital city, Accra, is enough to tell you what you’re in for in terms of weather. Yes, you will sweat in this country. There was no time to dwell on this shock however, before we were quickly whisked off Projects Abroad’s office, where we spent a rather sleepless first night due to heat, anxiety and excitement.

I was then introduced to the family in Cape Coast, which would turn out later to be one of the hardest things to leave when my time was up. My host mother “Mamma Molly” was one of the most caring and incredible people I have ever met. One of her many accomplishments was running a nursery school which a past volunteer and “daughter” of Molly’s had set up, and it was in this nursery where I worked for the next few months.

The first day I walked in, full of nerves, I was welcomed by a wave of over excited beautiful Ghanaian children shouting “obruni” (meaning white person) and clinging onto me from every angle. This however was no one off, as the novelty of seeing a white person never seemed to fade. From that day on, although the shouts progressed to “SISTER LOLA!!” (Or something of the sort), it was my daily greeting from the children. I looked forward every day to going to school and spending time with the children, who were all eager to learn, fun and loving. I couldn’t have asked for anything more. It was so rewarding working with the children, I just hope I managed to give as much to them as they gave to me.

I eat a lot. Always. This did not bode well, for the food made by my host mother was totally irresistible and utterly plentiful and yes…mostly carbohydrates. So I warn you now, you may be going to Africa but don’t expect that waistline to retreat! Go with the expectation of coming back looking “healthier” and enjoy the delicious food while you’re there!

Afternoons were spent relaxing, or occasionally taking a trip to Anomabo beach resort, and the evenings were mostly spent at the beach front bar “oasis”. It was during the weekends when we had a chance to explore a little. Travelling from Cape Coast to wherever we were headed was always an adventure in itself. There were many occasions when we crammed into a taxi or a “tro-tros”, these are minibus type vehicles, which is the main transport for the locals. There is often the added excitement of chickens squawking from beneath the seat.

We visited bustling Accra on a couple of occasions, and indulged ourselves in some western comforts such as cheese and chocolate, and I couldn’t resist the marmite! Other weekends we went to places such as Kakum National Park, a monkey sanctuary and Elmina, and even spent one weekend in a remote village sleeping 20ft up a wobbly ladder on a tiny tree platform. It was on my two week travel period at the end of my three months when we ventured further and visited other parts of the country though. We visited Mole National Park (a mission getting there but so worth it!), Kumasi, and the Volta Region, all of which were stunning; and we encountered many adventures on the way.

The culture itself was so captivating. Women in amazing coloured dresses wandering around the streets with everything on their heads from stacks of eggs sometimes up to 6 layers high, to fabric for making clothes, and of course plantain chips, pure water and my favourite.. meat pies. Even now I can hear the typical cries of the latter in my head! How they managed to balance some of the things they were carrying, I will never quite know! One thing that struck me from the start was how welcoming and friendly Ghanaians are. They are always willing to help, and never fail to stop what they’re doing for a good chat.

My time in Ghana flew by far too quickly and before I knew it, after a tearful goodbye, I was embarking on the second half of my adventure; Peru!

The short 50 minute flight from the snow tipped mountains surrounding Cusco to Puerto Maldonado in the depth of the Amazon rainforest was a most surreal experience. I couldn’t tear my eyes away from the window and the beautiful, world-wonder worthy scenery as we glided low swerving from left to right. I realised how different but equally incredible the next part of my adventure was going to be.

From Puerto Maldonado we took a small boat down the Madre De Dios river, to a small clearing where Taricaya lodge is located After clambering up the muddy bank and unloading the boat, I was shown to my bungalow. Think basic; but think exciting. I wouldn’t have it any other way!

Activities started at a bright and early 5.45 am, but it’s surprisingly easier than you’d imagine to get up in time due to the rising sun and awakening wildlife. There was a huge and continuously changing range of activities, depending on what needed to be done around the lodge. There was always bird watching, but this was one of my favourites. Sitting 42 m up on a canopy platform looking across the tree tops, and watching beautifully coloured Macaws fly past at such close quarters, whilst listening to the sounds of the rainforest, was an experience that will stay with me forever. To me it felt almost spiritual being up there.

One night four of us, having trekked through the dark rainforest, got permission to camp up on the platform itself. The stars in Peru are like none I’ve ever seen. So many more, and so much clearer. The Milky Way was completely visible! Just lying completely alone at the top of the Amazon canopy, staring at stars and surrounded by wildlife was incredible! Beyond words really.

The animals kept in the lodge were so lovable. They were mostly animals which had been kept as pets and mistreated, and therefore were cared for by Taricaya until they were well enough to be returned to the wild. They had such a variety from colourful parrots and toucans, to playful capuchin and squirrel monkeys, and a dangerous but wonderful jaguar. They even had animals that I had no idea of such as tapirs and a sloth!

But it wasn’t all physically easy work. Clearing trails and carrying huge Brazil nut sacks up the mud bank spring to mind…absolutely exhausting! Even cutting the huge flowers on the pilot farm was sweaty and tiring work!

When we weren’t working we were relaxing in the hammocks, playing football, swimming in the creek which usually ended up in mud fights, and occasionally cooking. In the evenings we often played cards and sat around chatting; and on selected nights since the electricity goes off at 9pm, we quite often congregated in the bar where a generator provided light.

I couldn’t say enough about the fantastic staff, they are all so passionate about their work, and so fun and friendly! We had some fascinating talks on their speciality by some of them, which I always looked forward to, and various animal “hunts”. We successfully searched the river banks for caiman, and less successfully had a frog hunt one night.

Again and too soon, I had an extremely emotional teary goodbye and this time it was home for good. The culture shock was immense. There are so many things I miss from even the showers, whether bucket showers or unbearably cold ones to all the random and hilarious things that happen whilst you’re travelling.

I met some amazing people, and had so many wonderful experiences, and hopefully one day I will go back and do it all over again. I could go on for hours, but will leave that to my friends and family to endure. But I will say to you (although hopefully I’ve already convinced you) DON’T HOLD BACK…JUST GO! If you go with no preconceptions and throw yourself into every opportunity with enthusiasm, there is nothing you will be able to regret! You will LOVE it! 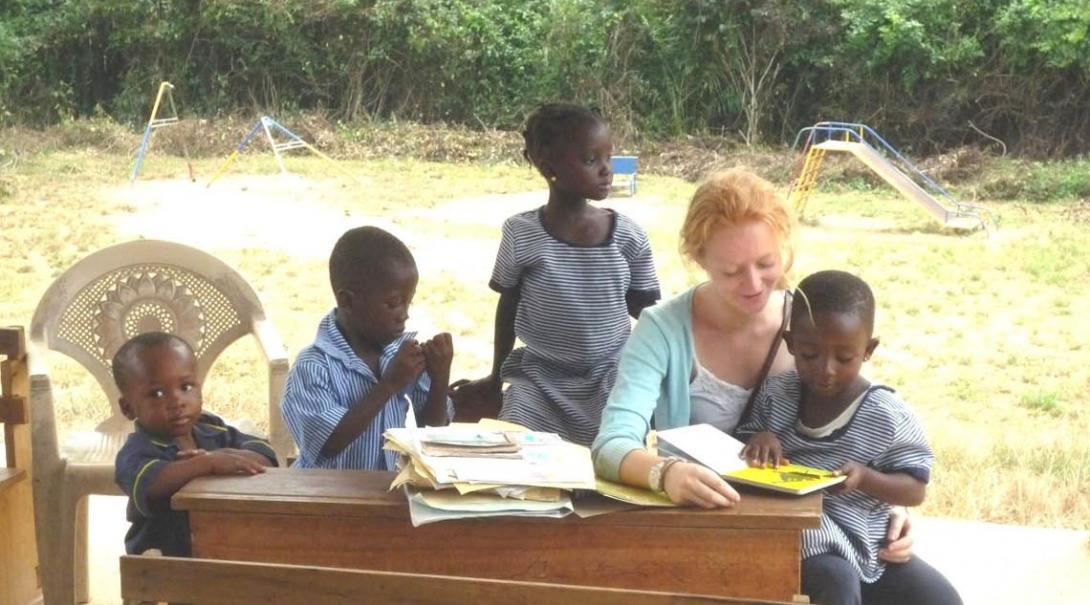