During the summer, having just finished my exams and definitely needing something to take my mind off things, I headed off to Mongolia as a medical volunteer. Originally, I chose Mongolia because, for my first time travelling without my parents, I literally wanted to get as far away from home as possible! But the more I researched Mongolia, the more I discovered such a beautiful country with a rich cultural history.

One of the most amazing things about the experience was meeting people, each from far corners of the globe with such interesting and different lives to my own. Both the Care and Medicine groups became an extremely close family, spending each night in the hallway of the guesthouse playing cards into the night – a move most certainly regretted in the mornings!

Exploring Mongolia in my free time

The city of Ulaanbaatar is a bustling modern metropolis, much like the city of London back home. There were huge skyscrapers with light boards in the financial district and a palace that was lit so beautifully in the night in the centre of town. Another highlight, the state department store in central Ulaanbaatar, was also available throughout my project for when my Oreo withdrawal symptoms were becoming too much!

On our weekend tour into the countryside, it became evident why Mongolia is called the land of the eternal blue sky – it goes on forever! The sprawling beauty of the untouched countryside was beautiful. The plains stretched across vast distances and it felt like I was a tiny drop in a huge ocean. Visiting Terelj National Park and seeing a huge statue of Chinggis Khan, the national hero, on horseback was very interesting. It is, in fact, the largest statue in the world of a man on horseback!

During my time in Mongolia, I was lucky enough to visit three hospitals, Shastins Central Hospital being the base of our placement, with brief stops at the Central First Hospital and AllergyMed Hospital. Shastins was a brilliant learning experience for me. Getting to see so many different specialities was amazing and I was even lucky enough to see three surgeries, an experience which is very difficult to get in the UK. Before one ENT surgery to repair the eardrum, called a tympanoplasty, the surgeon actually took us through the anatomy of the ear and explained exactly what she was going to do to repair the hole. Going into surgery with this knowledge made the surgery so interesting as I actually knew what was going on and why.

Another experience I had was in the ICU and CCU where seriously ill patients in critical conditions were being cared for. Nurses and doctors treated patients in such a caring, compassionate way and were very willing to explain what each patient’s issue was and what they were doing for them. There were many patients with lung issues because Mongolia is a country that, in the winter, has the highest pollution rate in the world, due to the use of coal to heat the Gers.

The Radiology department was so high tech and brilliant fun. The radiologist was very chatty and very interested in getting our ratings on the traditional Mongolia yak milk snacks! He also, more importantly, explained each scan as he looked at them and even allowed us to try and diagnose the problem ourselves before he told us what the problem was.

My favourite part of the trip was definitely visiting the city ambulance centre. In Mongolia, what we would call paramedics are actually doctors and the doctor I was placed with was Uuganbaatar. It truly was the most eye-opening experience to visit such a wide range of patients with so many different problems. Many of the cases we visited were in the more rural areas of the city. Many of these people could not get to hospital so they relied on the doctor in the ambulance to help them. My doctor even let me listen to a chest of one of the patients and I have to admit, I didn’t really know what I was listening for, but it was still an interesting thing to do.

Another highlight of my project was the karaoke competition that was won with a K-Pop rap song by Solbuck. It was interesting to see the different types of music that the different volunteers listened to, but everyone, of course, joined in with the classics like Wonderwall and Mamma Mia! 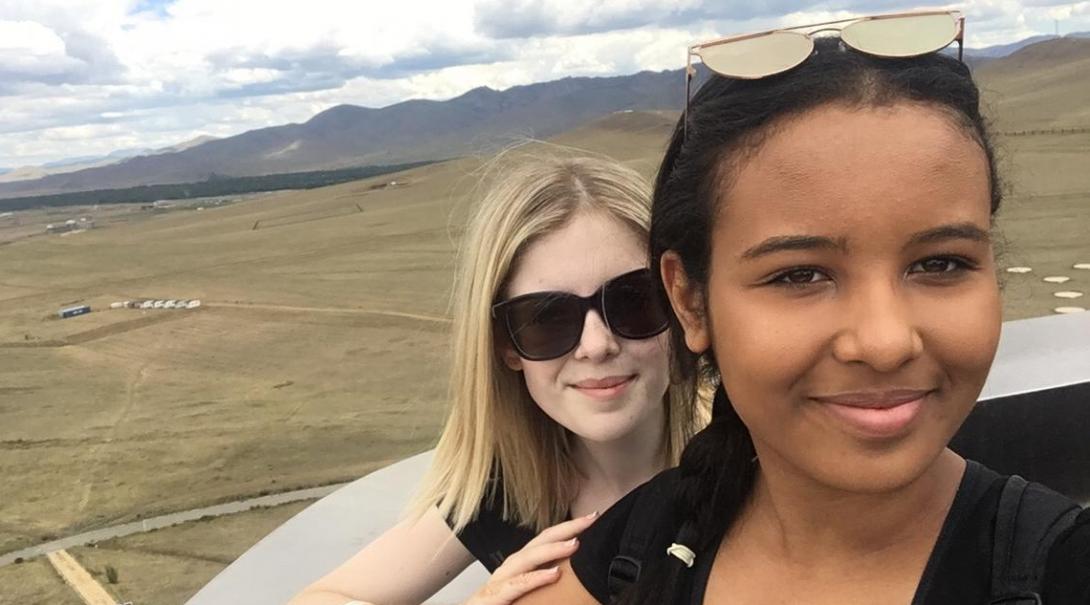