Being my first time leaving the United States, I took a lot of time to research different programmes that offered volunteering abroad. After emailing back and forth with a couple different groups, I finally decided to go with Projects Abroad to Nepal.

From the very beginning Projects Abroad was so helpful and always got back to my emails no more than a day later. Since I am a pre-med student, I chose that programme and worked at the Chitwan Medical Centre. From the moment I got off the plane in Nepal, I felt the support of Projects Abroad. They picked me up from the airport, took me to the hotel, went over the project I would be working on and then showed me around Thamel.

The next day I took a five-hour journey to Bharatpur to meet my host family. This is also where I met the Projects Abroad team that would help me during the rest of my stay in Nepal. They had both an international contact and Nepali contact so you would have two different people that you could talk to about any issues.

My first day working at the hospital I was given a tour, by Binod, my Nepali contact, of all the different areas, such as gynaecology, ophthalmology, the operating theatre, orthopaedics, paediatrics and the emergency room. Binod then asked me where I wanted to start. I was so excited that I could choose anywhere I wanted to work and observe.

I started in the emergency room and instantly saw the differences between the healthcare systems in the US and Nepal. One of my biggest worries before this trip was the fear of not making any friends while working, however whilst in the ER I met three other volunteers from Germany, England and Australia that I still keep in touch with.

I was surprised at the flexibly and freedom the hospital gave me because each day I was allowed to pick anywhere I wanted to work. I explored the emergency room, dermatology and psychiatry departments before I decided to work in the operating theatre for the rest of my month in Nepal.

Because I am only a pre-med student I mainly observed, but was given the chance to take vitals and open containers for nurses and doctors that were sterile in OT. Throughout working in OT I learned many different instruments and what they were used for and was able to observe numerous surgeries including a craniotomy, open reduction internal fixation, closed reductions, neck of femur fractures, hemi-arthroplasty, caesarean sections, total abdominal hysterectomy, laparoscopic cholecystectomy and many more! I learned and saw so much more than I ever thought I would!

My typical shift at the hospital was 9-3, but sometimes I would cut out early with other volunteers to go to the market or to get food. I still crave paneer chilli from our favourite restaurant next to the hospital.

On the weekends we explored other parts of Nepal. One of the Projects Abroad employees was so helpful when it came to these trips. He planned every aspect and just told us how much it would be. He even arranged all the taxi and bus rides to the different cities. My first weekend adventure was the white water rafting and the Chitwan National Park. Rafting was amazing, except the water was freezing! The national park was also a lot of fun but I would advise not to go on a hot day!

For the next weekend/week five of us volunteers went trekking in the Himalayas and what an experience it was! We spent the weekend in Pokhara buying gear and left for the trudge on Monday morning. I wasn’t planning on trekking when I first came to Nepal, but the other volunteers talked me into going, and I had no idea what I was in for! To get to the Annapurna Base Camp, it was seven days of walking up and down steps for an average of eight hours a day.

It was total torture walking up, but when you looked around at the views it was incredible. It was and still is by far my greatest physical accomplishment and was definitely worth the pain!

When I got back to Bharatpur I only had one week left at the hospital and during this time I was given the opportunity to travel to a rural health camp. I was leaving on Monday so for the last weekend I stayed in Kathmandu.

I tried to visit as many landmarks as I could during my last three days and went to Pashupatinath Temple, Bodnath, Swayambhunath, Durbar Square and did some more shopping in Thamel.

When it was time for me to go to the airport, Projects Abroad, once again, arranged a taxi for me. I was so impressed with this programme and all the in-country support they provided. I was really scared to travel alone for my first time to a third world country, but Projects Abroad and all their staff made me feel so comfortable. Through them I not only learned so much at the hospital, but was able to be adventurous and explore all of Nepal. I would definitely recommend Projects Abroad to anyone wanting to volunteer, especially those that are nervous about their first trip. 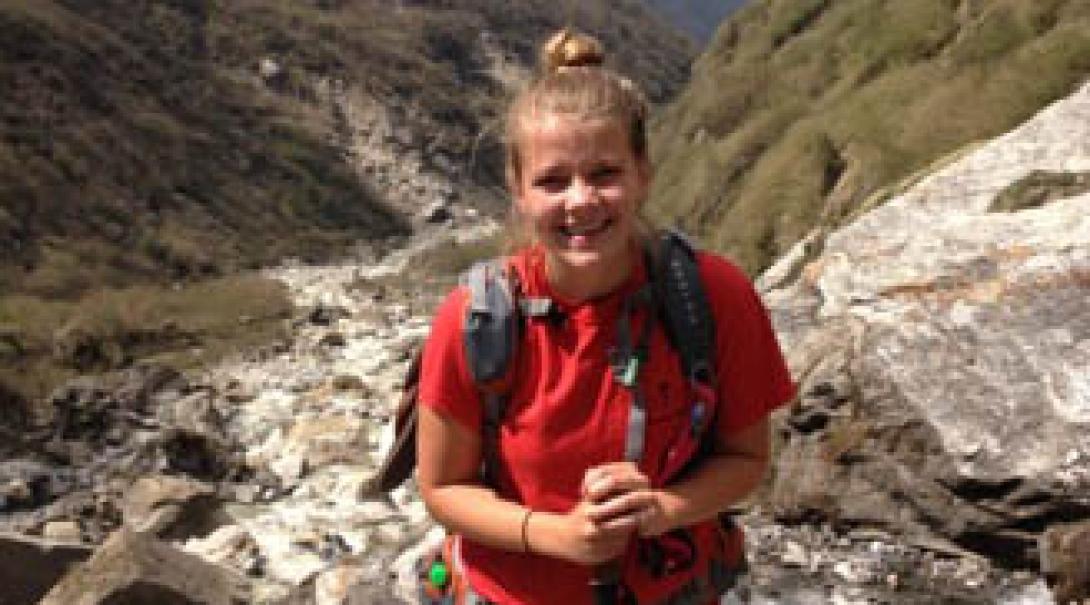