I arrived in South Africa facing the inevitable reality that every recent post-graduate must eventually confront: the “real world.” Whether my immediate future involved the endless job search in this declining economy or law school, I was unsure. I embarked on my journey to Cape Town with a desire to learn more about human rights, international law, and the reality of racial tension and xenophobia still present in South Africa.

I never expected the incredible opportunities that I was about to have while working at the Projects Abroad Human Rights Office (PAHRO). I learned more in my month of interning then I ever could have imagined. It was the first time in my life I felt like I was doing tangible work, and at the same time, I was actually touching the lives of people.

My work at PAHRO began by researching and listening to the tragic and often unimaginable stories of the refugees who would come into our office. The struggles they have been through seemed almost surreal they were so appalling. We did everything we could to help them, extensively utilising all of our resources. There was never a dull moment and always a chance to go out of the office for a mission. I did workshops on topics such as AIDS, xenophobia, and racism with boys in a juvenile delinquency centre called Bonnytoun. They often had incorrect (if any) information about these topics, so our workshops left a lasting impression on them.

We went into the Townships, otherwise described as hodge-podge huts thrown together with whatever materials people could find and tin roofs. Here we witnessed the mass poverty and inhumane conditions these people must live with. There was often one source of water to provide an entire community with water to cook, clean, drink, and use for sanitation. These things are basic human rights that everyone is entitled to, so of course it was a major project for many of my fellow interns.

These people need a voice. They need the information that these types of conditions are violating domestic and international human rights law. We helped them find their voice. We quickly realized that the crime that develops out of this poverty, lack of education, and the informal governments within these townships can never be prevented unless these conditions change, so we worked hard to find ways to help initiate that change.

My main objective came sharply into focus the moment I visited Youngsfield Military Camp, which housed many refugees. The effect these people would have on the rest of my life was astounding. These families were living in battered tents in the middle of the windy and rainy South African winter, where the wind was often so strong that it would make birds fly backwards. Children were running around with no shoes. Most (if not all) of the people were sick. Many of them were in desperate need of asylum seeker or refugee permits.

We began by finding a retired doctor who was willing to check them out for free. He suggested medicines and we raised money to pay for them. We brought blankets and materials to fix these tents when the weather got really bad. We found a generous donor who was able to provide new shoes for all of the children at the camp. The faces of the children when they received their new shoes were unforgettable. They treated them like rare treasures. Eventually, I was able to go to Nyanga to assist these refugees at the Department of Home Affairs (DHA). Without us, the refugees often walked there at 4 am, only to sit there for hours and not receive help or even an update day after day.

The corruption that infiltrated the police department and the DHA, which was the refugees’ only chance for a somewhat normal life in this terribly divided country, quickly unfolded in front of my previously naïve eyes. Papers were illegally confiscated, files were lost, and “meetings” went on all day which prevented officials from meeting with the refugees. The manner in which the refugees were treated by officials clearly depicted the attitude many South African citizens still exhibit towards them. Xenophobic attacks may have calmed down at that moment, but the xenophobic feelings were still rampant.

The knowledge I gained from encountering these violations of human rights first hand, in addition to the shocking stories my new friends told me while I was them, touched my heart and soul unlike anything I had ever experienced before. But the learning did not stop there. My amazing host family immediately welcomed me into their family. With these wonderful parents and roommates from all over the world, my home life made my Cape Town life even better.

We did many things together and there were often dinner talks about the life my host family endured through the apartheid, and never a shortage of singing and dancing in the kitchen. The options for weekend trips and activities in Cape Town outnumbered the days that I was in this wonderful city, but we made the most of them by renting a car and going along the Garden Route, shark diving in Hermanus, and even skydiving.

The interns quickly formed friendships and there was never a lack of activities after an eventful day at work. I discovered more about the work I was doing by observing the different projects and the passion my fellow colleagues exuded. But once again, my learning did not stop there. Our mentor, Theo, was the most informative, helpful, and strikingly passionate person I have ever met. He never missed an opportunity to thank us and remind us how important our work was. He was always there to offer suggestions and to assist us in any way. His zeal and determination was contagious and inspiring. His experiences and connections were what allowed us to do the work we were doing. Without him, I would never have met the wonderful people of Youngsfield. He continues to mentor my research even though I have returned home.

I could probably go on for hours reminiscing on my adventures while in Cape Town, and it was only a month. If I could have stayed for longer, it is possible I may have never left. On the last day before I left for home, I grasped the impact I had made on my new friends at Youngsfield when I was stopped at the gates of the camp by the camp manager and told we could not enter. Almost every refugee in the camp came out to argue with the manager, explaining to him that we were the only ones who allowed them to remain unforgotten. When the camp manager did not budge, the refugees came outside the gates to visit with us. Watching them stand up for us brought tears to my eyes and inspired a new life purpose of advocating for human rights.

Before Cape Town, I really knew nothing about human rights. Coming here not only enlightened me, but it impacted me in every aspect of my life. I can never forget these amazing people at Youngsfield, and everyone I met along the way. When I left, each one of the refugees hugged me and looked me deep in the eyes to tell me thank you. The gratitude and love these people possessed was incomprehensible. Corruption and xenophobia may be problematic in Cape Town, but the hope, faith, gratitude, and love that these people exhibit is something that I will remember forever, and use as a tool in my future endeavours. If anyone is potentially considering this opportunity, I guarantee your time in Cape Town with PAHRO will be life altering and unforgettable. 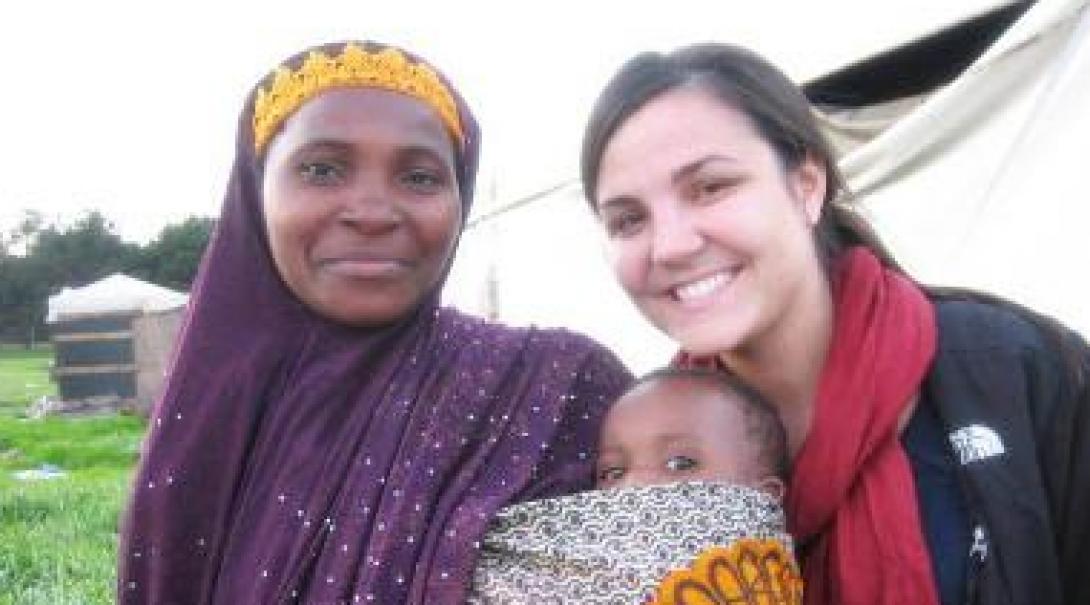