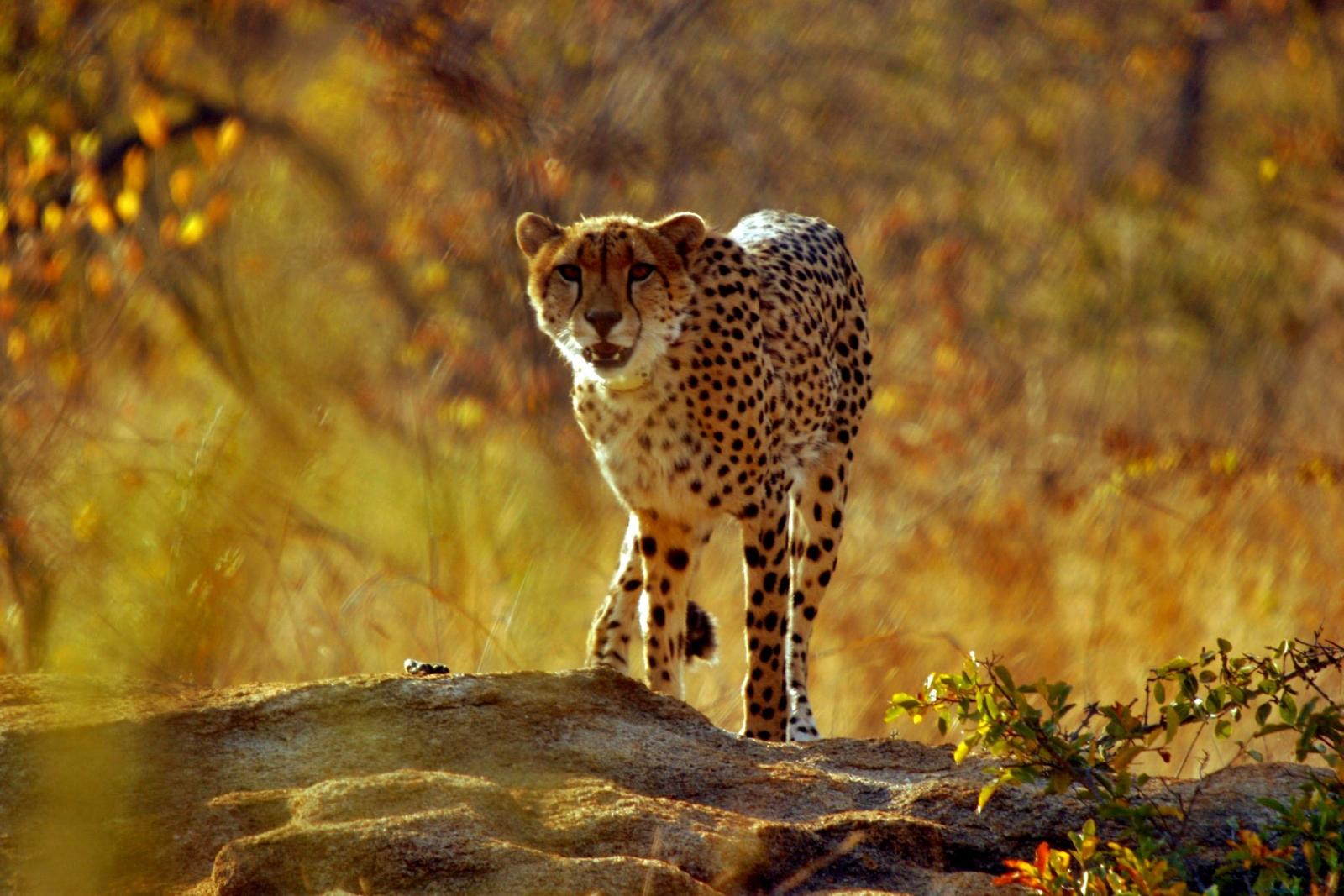 Cuddling Cubs – Discover The Darker Side Of Big Cat “Conservation”

A few years ago while on holiday in Cape Town, South Africa I had what I considered the privilege of petting a young cheetah. I remember being led into the enclosure by the handler, slowly crouching down and running my fingers through its spotted coat. It was an exhilarating feeling knowing that I was in such close proximity to one of the fastest creatures on the planet. The cheetah on the other hand couldn’t seem to care less and looked off into the distance while I petted her and took multiple photos to capture the moment.

Like so many others, I was blissfully unaware of the implications of my actions but had I known then what I know now, I would most certainly not have supported such an encounter.

With their soft fur, padded paws and playful nature, big cat cubs are undeniably irresistible. Just the idea of being able to hold and play with one of these beautiful babies is enough to melt even the hardest of hearts so it’s little surprise that cub petting is such a lucrative industry around the world.

Public encounters with these wild animals are often packaged under the guise of “rehabilitation” or “conservation” making the handling of them even more appealing to the public. After all, who wouldn’t want to pet and play with an adorable baby lion that is being looked after and nursed back to health in a protective environment under the supervision of “experts” in the field?

The reality of cub petting, though, is a lot darker than most people realise. Lions in particular are the victims of this cruel industry. Once the cubs become too big for petting they are then used for walking tours where tourists are given the opportunity to walk alongside the young lions in an open area. This is often marketed as a “once in a lifetime opportunity” and is becoming increasingly popular, bridging the gap between cub petting and canned hunting.

The fully grown lions are then sold off to be used in canned hunting where they are kept in confined areas, from which they cannot escape, giving the hunter an almost guaranteed kill. Here they will meet their harsh fate of being shot, with some hunters even sending lion body parts home to America or Europe as hunting trophies.

I spoke to Chris Mercer, co-founder of CACH (Campaign Against Canned Hunting), and Judi Gounaris, Conservationist and Projects Abroad’s Conservation Manager in Southern Africa, to get their take on animal petting encounters and the repercussions that go hand in hand with them. 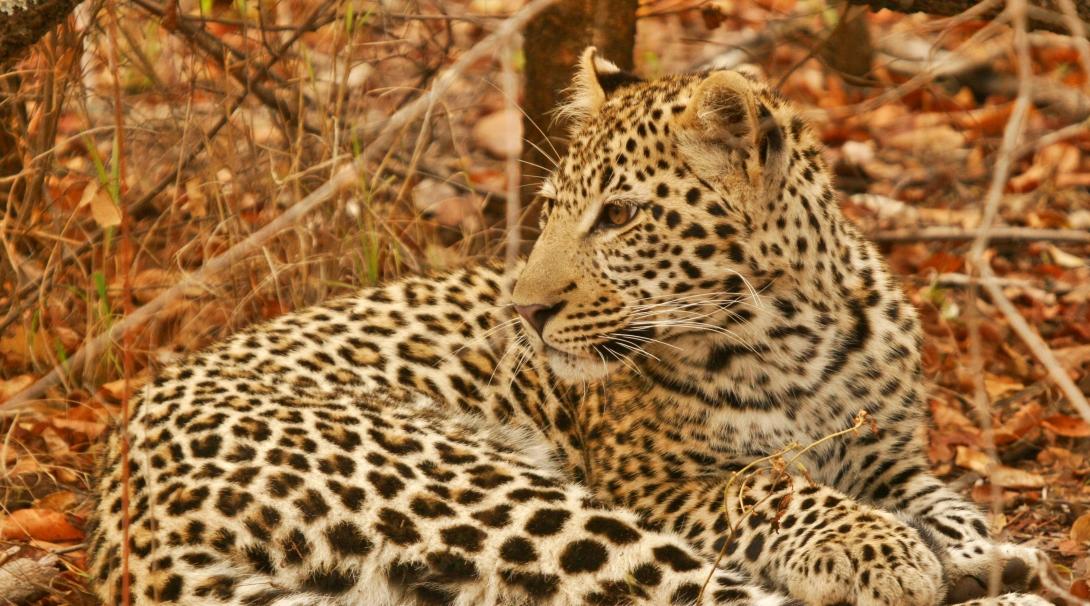 In your opinion what are the problems and issues surrounding centres and zoos where you can pet wild animals?

Firstly, wild animals belong in the wild and would never naturally interact with humans. They have an innate fear of humans and will not choose to be near them. Being in captivity and available for petting puts enormous stress on any wild animal whose instinct would be to run away. Centres and zoos can never replicate what the wild provides for these animals no matter how hard they try or how much money they spend.

The animals have no choice in being handled and are very often subjected to cruel and inhumane methods in order to be 'tame' enough for the public to handle. These centres and zoos are profit-making entities and many of them balance cost of care of an animal against replacement cost if it is sick.

Cub petting is stressful both for the cub and for the lioness whose cubs were ripped away at birth, so she would come on heat quicker and breed more than the normal amount of cubs in a year. This is detrimental to the health of the mother because her body is not designed to produce 2 to 3 litters of cubs in a year. It is detrimental physically and psychologically to the cub. Their diet is never enough and the constant touching and playing with them by tourists is very stressful to these babies. They lose condition, they lose their hair, they have bouts of diarrhoea and they never have the constant care of a mother.

Where are the animals sourced from?

Animals are sourced from the wild as well as from captive breeding facilities.

There are about 160 lion farms in South Africa, all speed breeding thousands of lion cubs every year. 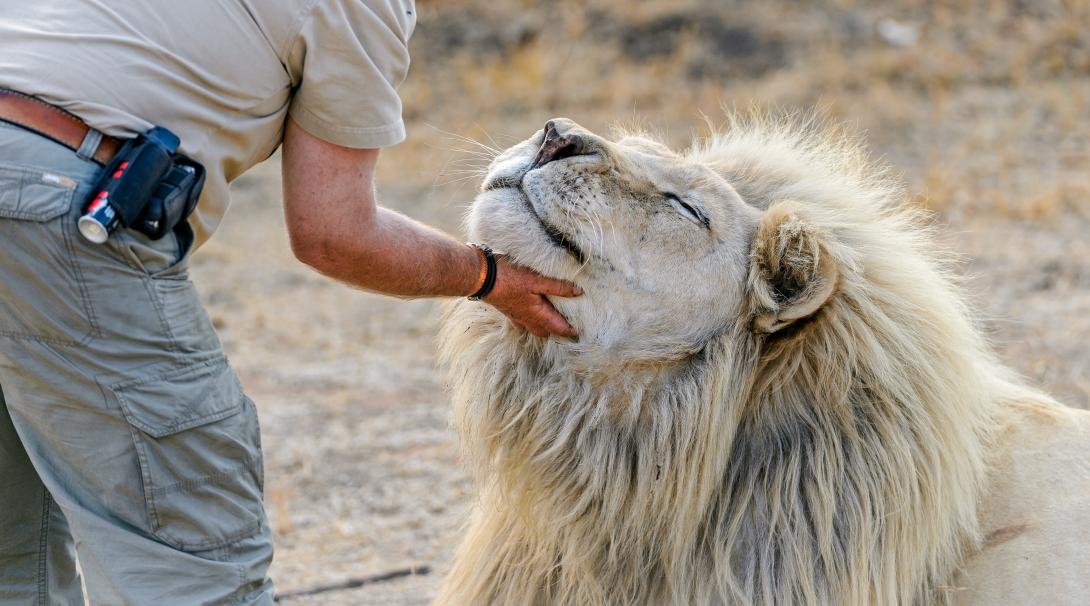 What conditions are the animals kept in?

That is not easy to answer – some may be kept in clean, hygienic conditions and some are kept in appalling conditions with lack of shade, water and space and an incorrect diet. But even if the conditions are ‘good’ they do not mimic the wild and these animals are robbed of the opportunity to live a normal life in the wild. If you were to open the cage of any wild animal it will leave and never come back – that is the instinct, unlike domestic animals who are happy to be around people.

Conditions vary according to the breeder. As in farming, some animals are kept in atrocious conditions. Once the use for cub petting and walking is over then there is now no need to have proper care or decent facilities for these young lions. They are crammed into small enclosures, their facilities are dirty, and sometimes the water undrinkable and the food is the cheapest that can be given to them.

How are the public encouraged to pay to pet wild animals?

The public unwittingly think that by paying to pet these animals that they are helping conserve them. This is a myth as these animals are not releasable so will not go back to the wild. Any facility that is genuine about putting animals back in the wild has very strict guidelines and policies and will not allow the public to touch the animals.

There seems to be an insatiable market for cub petting in the general public among animal lovers. Lion farmers exploit this emotional need by presenting themselves as 'wildlife sanctuaries' and tourists are easily deceived. 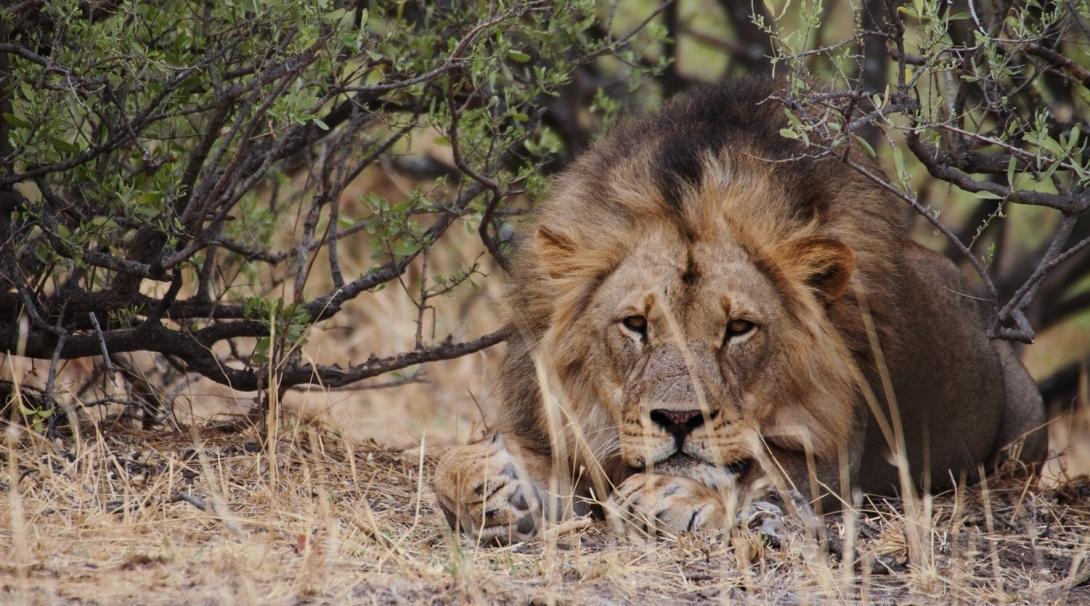 How are the animals treated to be deemed safe for human handling?

There are accusations of the more dangerous animals being drugged, de-clawed or having their fangs removed so that they are easier to handle. If they do 'behave' on our terms it is because they have been trained using fear and cruel methods.

Dominance is established early on by the handlers. Cubs are beaten if they are 'naughty' (i.e. behaving naturally).

What are some of the dangers faced by both animal and human when they are in contact?

If a human is in any way injured, the animal is usually killed. So no matter what, the animal loses. Of course humans can be gravely injured if not killed by wild animals who do not want to interact with them.

Lions, like humans, have distinct personalities. Thus, some young lions will be unpredictable and a playful interaction can quickly become a fatal attack. 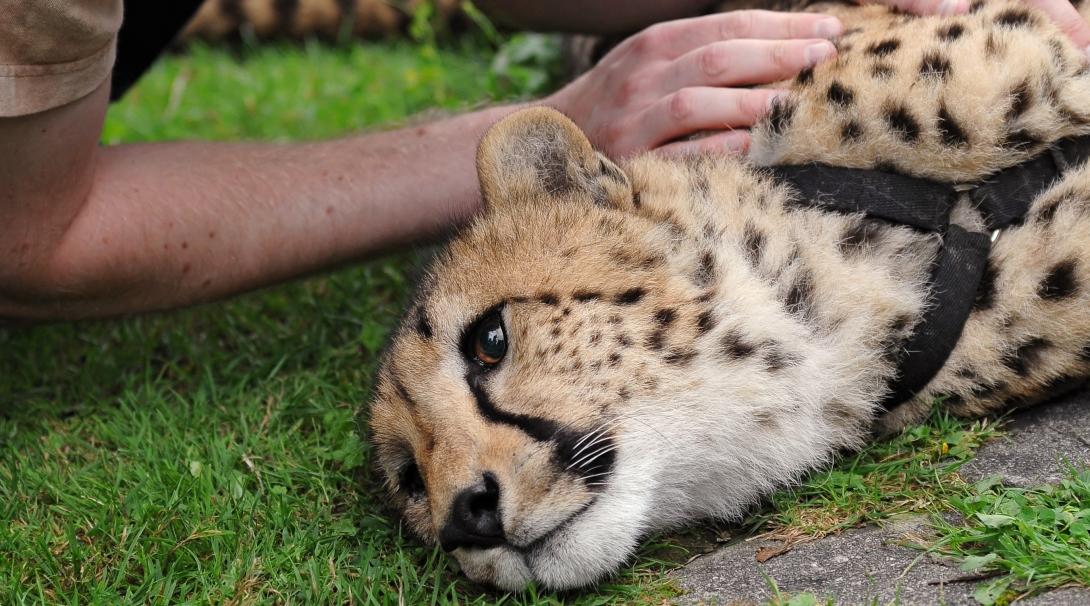 What happens to the animals when they get too big to be petted?

With lions in South Africa they often end up in the canned lion hunting industry, to be shot by paying 'hunters'! When these animals are of no use any more they become neglected, sold off or killed as they no longer make profit for the organisation.

After petting stage the young lion can be used for walking with tourists before being grown out to huntable size.

Are there any laws or regulations in place to monitor petting zoos or animal handlers?

There are laws and regulations regarding care and cruelty – the problem is the implementation of these laws. There are insufficient law enforcers and great difficulty in confiscating animals without following due process.

The only laws governing human/cub interaction are permit conditions and the Animal Protection Act of 1962, which outlaws cruelty to livestock, domestic animals, and captive wild animals. Permit conditions generally prohibit interaction with tourists, a solemn farce designed to protect conservation services from legal liability when the inevitable happens and a tourist is mauled.

What can the public do to help stop the exploitation of wild animals?

Never go to a zoo, petting zoo or circus where animals are part of the show. Never fund any of these places because that is what keeps their doors open.

The public should refrain from cub petting, it’s important that people are educated to understand that the cub they pet today will be cruelly killed by a canned hunter when it gets older. 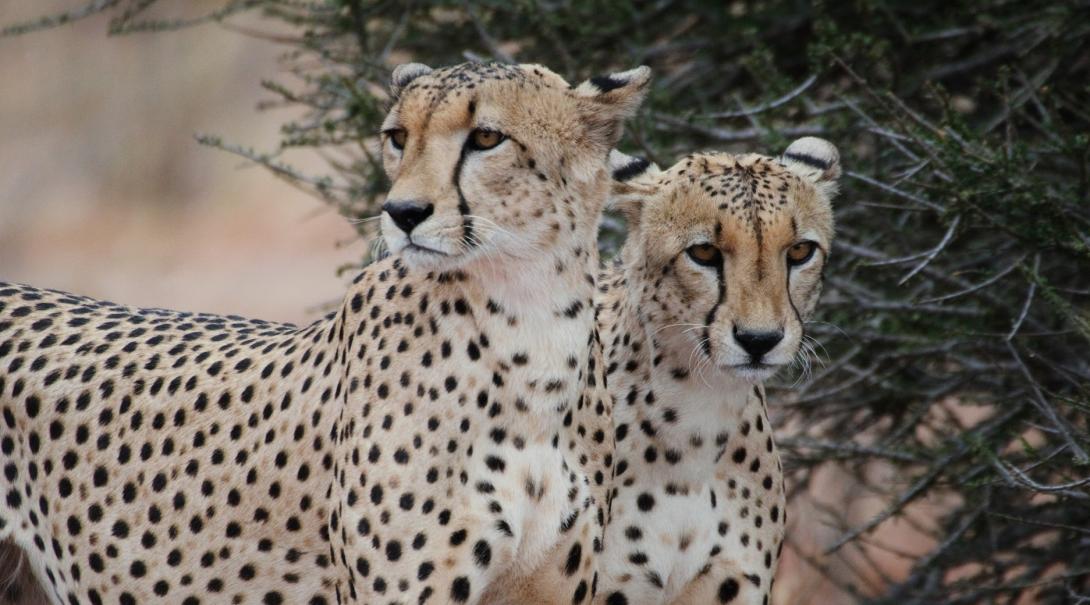 Many centres and zoos justify the petting options by promoting their conservation activities. Are there any arguments for continuing these petting experiences?

Not in my books. It is unethical to take any wild animal, place it in a facility and make it behave unnaturally just so people can see touch /walk with it. The argument always comes up that people in other parts of the world will never see a lion unless they go to a zoo or circus that includes animals - so what! I will never see a polar bear or jaguar unless I go and see it in its natural environment. It is an unacceptable argument in today’s world with the internet and television that people have to be able to see these animals out of their natural habitats. I am not aware of any facilities who really make a difference conservation wise as long as they are allowing animals to be mistreated by holding them captive and allowing them to be petted.

There is no conservation benefit whatsoever from cub petting. Since no captive bred lions have or ever will be released, the canned hunting industry is a closed circuit, having nothing to do with conservation. It is farming with lions as alternative livestock.

Sadly this is not the first time we’ve written about the exploitation of animals for tourism purposes. Swimming With Dolphins: Time To Kick It Off The Bucket List? and Elephant Rides: What I Wish I'd Known both discuss the consequences of this.

Projects Abroad has rigorous animal welfare policy in place. Through this policy, we ensure that none of our projects are connected to animal cruelty in any form. 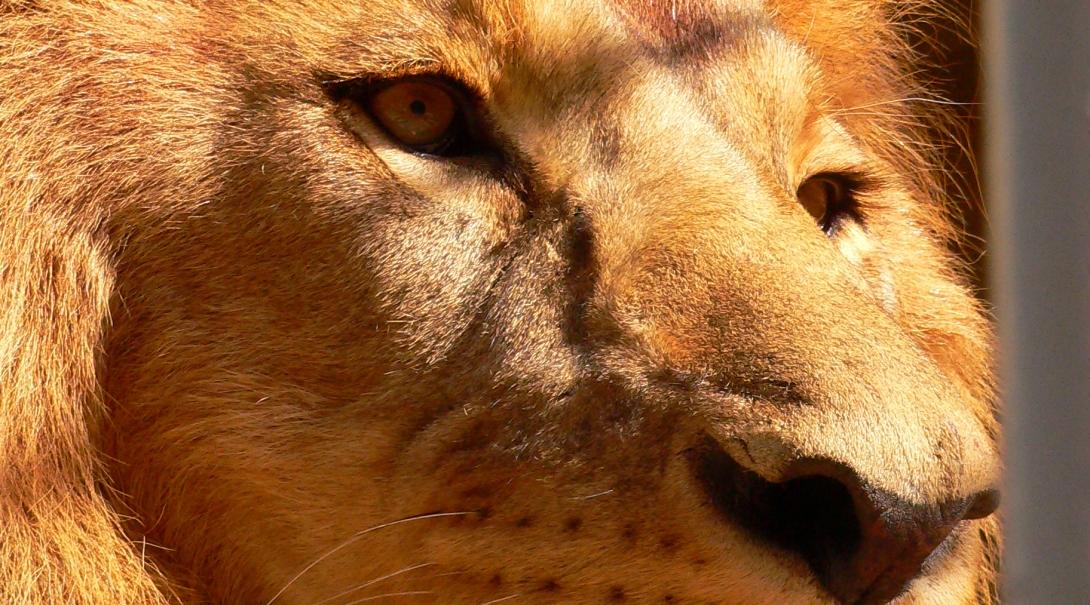 Want to know more about our Projects?