The five weeks I spent in Tanzania working as an intern at a local hospital and living with young volunteers from all around the world has truly been one of the best learning experiences of my life. Never in my life have I grown so much as a person in such a short period of time.

I went into this experience with an open mind, expecting to learn more about the medical field and gain experience in a hospital setting. Little did I know that I would leave Tanzania not only gaining invaluable medical experience, but also learning about myself and the human experience as a whole.

I lived and interned in Arusha, one of Tanzania’s most vibrant and populous cities. I interned at St. Elizabeth Hospital, one of several hospitals located within Arusha’s city limits, and lived about three miles away with a host family and roommates in a neighbourhood call Kundayo.

While I gained so much understanding and priceless experience in the hospital, my time in the city of Arusha, living with a Tanzanian family and getting to know volunteers from all around the world, truly provided the ideal environment for personal development outside of the hospital. I lived with a large Tanzanian family and three roommates, Fred and Rose from Denmark and Agnes from Germany.

My typical workday consisted of travelling to the hospital via the local “bus system” which in Swahili is referred to as the dala dala. I put bus system in quotes because when I say bus you might think the dala-dala was an actual bus. The dala system, the cheapest and most common form of transport in Arusha, consists of hundreds of Toyota minivans. While this form of transport made me better appreciate my air-conditioned car back at home, it did provide a cheap and easy way around the city.

Anyway, continuing with my typical day in Tanzania, I would arrive at St. Elizabeth around 8:00am and not leave until around 4:00 in the afternoon. My role as an intern at St. Elizabeth was not completely specified, something I found to be more beneficial to my experience as opposed to a hindrance. I learned quickly that it was my obligation to make interning at the hospital a meaningful learning experience. It was my choice to either sit back and glide through the experience or to take the experience head on and develop relationships with the doctors and nurses in order to gain their trust and, in effect, be given a meaningful role in the hospital. I chose the latter.

I spent most of each day at St. Elizabeth on the surgery ward with John Msoma, my supervisor and the nurse practitioner in charge of patient care in the surgery ward. Though I have no interest in becoming a surgeon, I wouldn’t have wanted to work anywhere else in the hospital. The relationships I formed with John and the nurses was the main reason I had the opportunity to do and learn so much within the ward. The trust I gained from John, along with doctors and nurses throughout the hospital, allowed me to see and experience things I did not expect I could or would do. Some of the simple medical procedures and tests I was allowed to perform were experiences I thought I wouldn’t have until after three or four years in medical school.

St. Elizabeth is one of the smaller hospitals within Arusha. The hospital consists of two two-story buildings, a fraction of the size of most American hospitals. I didn’t expect much in terms of sophistication from a poorly funded hospital in Arusha but I was truly taken aback by the dying need for proper equipment and facilities at St. Elizabeth Hospital.

Though all measures were taken to preserve a sterile and hygienic environment in the hospital, the lack of supplies, staff and, in some cases, education put this hospital at a great disadvantage. Obviously, being in a third world hospital, the facilities would not be up to par with the average American’s expectation of cleanliness and service but I have to say that the amount of respect and passion the doctors had for their patients was equal to none. I learned that being a medical doctor is as much about the procedures and medicine as it is the priceless relationships formed between healthcare professionals and patients.

Being a childhood cancer survivor I have spent years in and out of the best hospitals in the United States. With this background I felt I came into this internship with a deep understanding of the hospital experience in America and how doctors approach and interact with patients. I entered St. Elizabeth Hospital with an ability to superficially compare the hospital setting in Tanzania to a hospital in the United States.

Although medical disparities, as mentioned above, exist, I learned that the healthcare professionals in Arusha have the same, if not more passion and respect than any doctor in the United States would have when it comes to patient care. Doctors in Tanzania seem to be driven purely out of the desire to help the sick and the suffering. While observing morning rounds at St. Elizabeth, it struck me to see how doctors seem to treat each and every patient like a family member, no matter what the patient’s degree of sickness.

Throughout my internship in Tanzania I learned so much in terms of patient care and how to perform medical procedures but I think if I had to choose one thing to take away from this experience it would be the meaningful relationships that I formed within the hospital. I was able to develop great relationships with the doctors and nurses on staff and as my role in the hospital evolved and I as gained more responsibility I found myself making truly meaningful bonds with the patients themselves. I will never forget the bonds I made with some of the children in the hospital and how satisfying it was to see their health improve.

Through my internship at St. Elizabeth I gained valuable insight into the medical field but the aspect I miss and value most from Tanzania are the relationships I formed with my host family, hospital staff, patients, and fellow Projects Abroad volunteers. All of these people helped create an environment that allowed me to serve others and better get to know myself. Several of the experiences I shared with the other volunteers on the program have truly changed and help shape my worldview.

Living with a local Tanzanian family and sharing this amazing experience with such a great group of young volunteers from all over the world allowed me to better develop as a person and provided some insight into the manner in which I want to live the rest of my life.

I feel so fortunate to have been able to be a part of such a life changing experience. I went into this program expecting to learn more about the practice of medicine and I left with that and so much more. My expectations were completely surpassed and I would recommend this type of international placement to anyone looking to develop both personally and professionally. 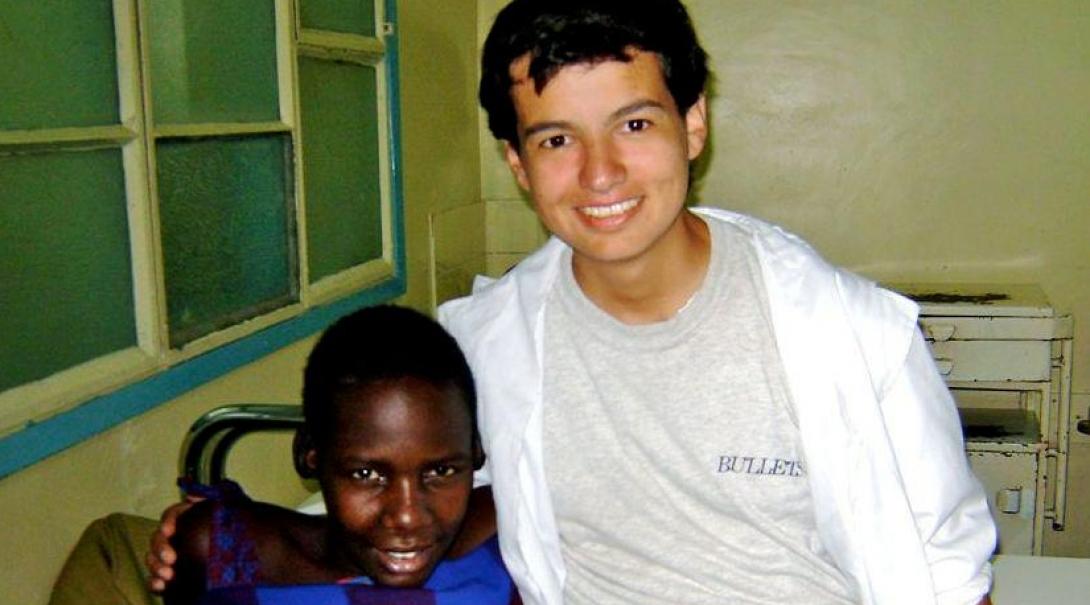