Although only two weeks were spent in Shanghai, it was truly an unforgettable experience. I wanted to be immersed in a city and see if I could ‘make it on my own’, while gaining some experience for my degree. I chose China because I had been to Shanghai before on a short holiday and remembered it being a bustling city that was fun and exciting. Furthermore, I only wanted to be there for a short duration of time just in case I became too homesick and couldn’t handle being alone for so long. Little did I know that I would hardly be alone and two weeks were definitely insufficient!

Before departing for Shanghai, I was already very impressed by the support received from the Projects Abroad team. Joyce, the desk officer for China, whom I corresponded with via email, was amazing in answering all my queries and doubts. In addition, she even rang me up at home in Singapore two days before departure to ensure that I was all packed and ready to go! There was also another administrator, Charles, who made sure that I had the correct visas to enter the country. All these arrangements made me feel safe about travelling alone and added to my anticipation of the trip.

When I arrived in Shanghai, Zaynab, one of the local staff was already there, proudly holding the Projects Abroad sign. We took a taxi back to the apartment which was located in the city centre of Shanghai. Living there for the two weeks really made me feel like a local. Zaynab showed me around my new surroundings and got me up and running with a new SIM card and some groceries.

The next morning, Michael, another member of the Projects Abroad team, came to the apartment and chaperoned me to the hospital. It was really close, hardly 2 metro stops away. I was introduced to the general surgical department and was briefed on what was to be expected of the next two weeks. Having just finished my first year of medical school, I could not really do much because of the very basic knowledge that I had - hence why I took on an observer’s role during most of the work.

A typical day would be arriving at the hospital at 7.30am (I woke up at 6 everyday!) for the morning meeting and handover from the night-to-day shift; as well as doing the ward rounds. After that, we would either talk to the doctors about their work or get the chance to see surgery.

In the first week, a doctor kindly showed us around the hospital and the area around the hospital (which was full of shopping and food) - it was like having our own personal tour guide! We also visited the outpatient centre as well as the A&E department.

The department that I was assigned to mostly dealt with thyroid and gastric cancers. I was very lucky to have been able to see 2 thyroid surgeries, 1 gastrectomy and a couple of outpatient surgeries in my two weeks. They were truly an eye-opener and have definitely strengthened my desire to become a surgeon in the future.

Speaking Mandarin certainly helped me a lot when it came to understanding the doctors and getting around Shanghai. Although several of them spoke fluent English, the majority could only converse in Mandarin and many of the consultations were conducted in Shanghainese. The doctors however, were really helpful and explained the patients’ conditions. One doctor even taught us about the thyroid gland, which I had not learnt about yet, and another showed us his research on gastric cancers.

In the A&E department, my knowledge on how to take a patient’s blood pressure was reinforced and I was given the opportunity to do so on a real patient. When I got it correct, I felt like I was finally being useful. The doctors bought me lunch in the hospital every day and were really relaxed in letting me decide what I wanted to do/see that day. Also, at the end of my two weeks, they organised a department dinner in which I was invited to join them for authentic Shanghainese cuisine at a very posh restaurant.

Being assigned to a teaching hospital, the doctors made me give a presentation on my university so that they could see how the course and teaching styles differed. I also got the chance to interact with students who were carrying out their clinical studies in the hospital. They were really hardworking and were constantly writing up medical histories and studying for their exams.

The apartment that I stayed in was much better than I had expected! It was fully furnished with air-conditioning (thank god, the heat in summer was pretty unbearable), a washing machine and lovely flatmates. Although there were people moving in and out due to different durations of their projects, I was very lucky to have a full apartment of 6 people in my second week. We all got along really well and went out several nights to meet other volunteers and experience Shanghai’s night life which is so much fun and something everyone should experience!

During the weekend, Projects Abroad also organised a dumpling making session where I met even more volunteers. Although we weren’t very talented in wrapping the dumplings, they tasted awesome and I ended up eating about 30! After that, some of us went shopping, got some pedicures done and had Thai food for dinner - it was a great day.

Taxis in Shanghai are really cheap, but the metro is also pretty good and gets you to many popular destinations. I went during late July/early August and the weather was really warm and stuffy. It was just past the main rainy season, hence the extra humidity during the day. However, I soon learnt from the Shanghainese ladies that if I carried around an umbrella to shelter myself it wasn’t that bad after all!

I had an amazing time in Shanghai and hope you will do too! 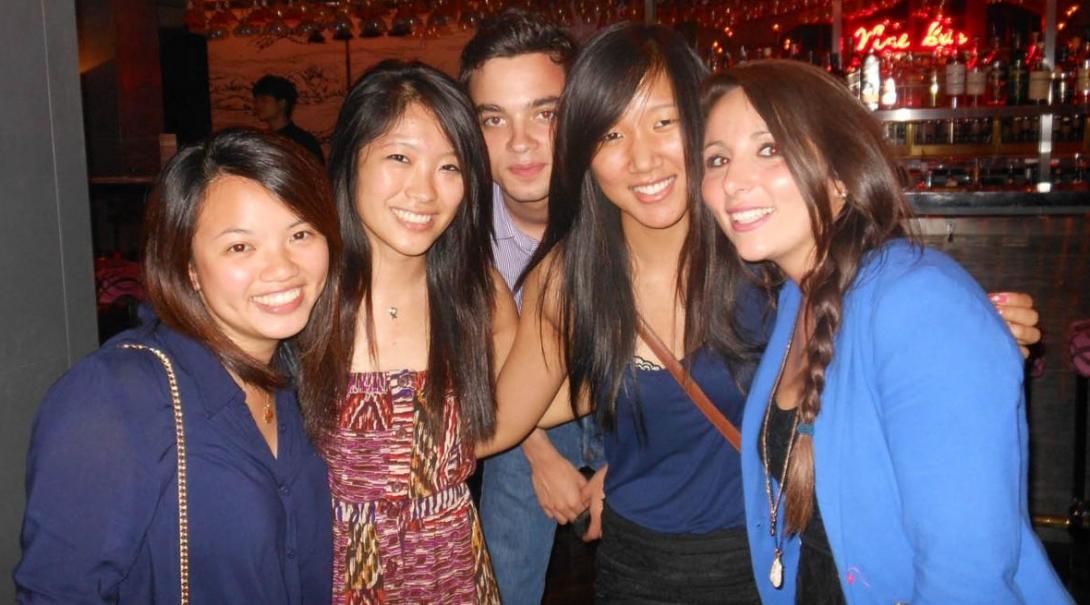