In February 2016, I travelled from Europe to Belize, where I spent the next four months volunteering with Projects Abroad. I joined two projects, Public Health in San Pedro and Diving & Marine Conservation in Placencia. It was the first time I was travelling so far on my own, but as I flew over the blue turquoise sea, heading to Ambergris Caye, I knew this was going to be an amazing experience.

I spent one and a half months on this beautiful island, safe in the hands of the Projects Abroad staff and my lovely host family. I worked with volunteers from all over the world and many of them have become good friends.

During my Public Health Project in San Pedro, we got deeply involved in the community. We did lice checks in schools and organised health fairs in schools and public places where we handed out information about nutrition and communicable and non-communicable diseases. With the help of nurses from the local polyclinic, the locals could also get their blood sugar levels and HIV statuses tested at the fair. We also spent a couple of days doing eye screenings at a school so that we could inform the optometrist, who would be visiting the island, about which children needed an eye test and might need glasses to help with reading and writing.

Another week was spent in Belize City working closely with the Ministry of Health. We participated in health fairs and school visits and spoke about the importance of hand washing, brushing teeth, nutrition, preventing diabetes, the Zika virus, and HIV/AIDS. I was surprised at how positively people reacted to our presence. Due to the groups being so receptive, we were able to reach out to a lot of people. I learned a lot during my project, not only about health, but also about a culture different from my own and from the people we worked with everyday.

After San Pedro, I flew to Placencia for two and a half months, where I lived and worked with other amazing volunteers from all over the world. Together with the Projects Abroad staff and the rangers from SEA (Southern Environmental Association), we worked at a ranger station situated on Little Water Caye. We had some incredible days there, collecting data underwater, planting seaweed, doing beach clean-ups, and drinking lots of coconut water. We did several surveys on lobsters, conch shells, sea grass and SPAGS diving and entered our data into the official databases, making it possible to track and observe the health of the reef.

Reflecting on my experience in Belize

My time in Belize was incredible. I discovered an environment more beautiful than anything I could ever have imagined. Thanks to Projects Abroad, we volunteers were able to explore what no tourist gets to see most of the time. Even though Belize was an unfamiliar country, I quickly learned to enjoy and appreciate life in the Caribbean. Today, I am studying global health and have become an even more passionate diver than I was before discovering the beauty of the Belizean sea. 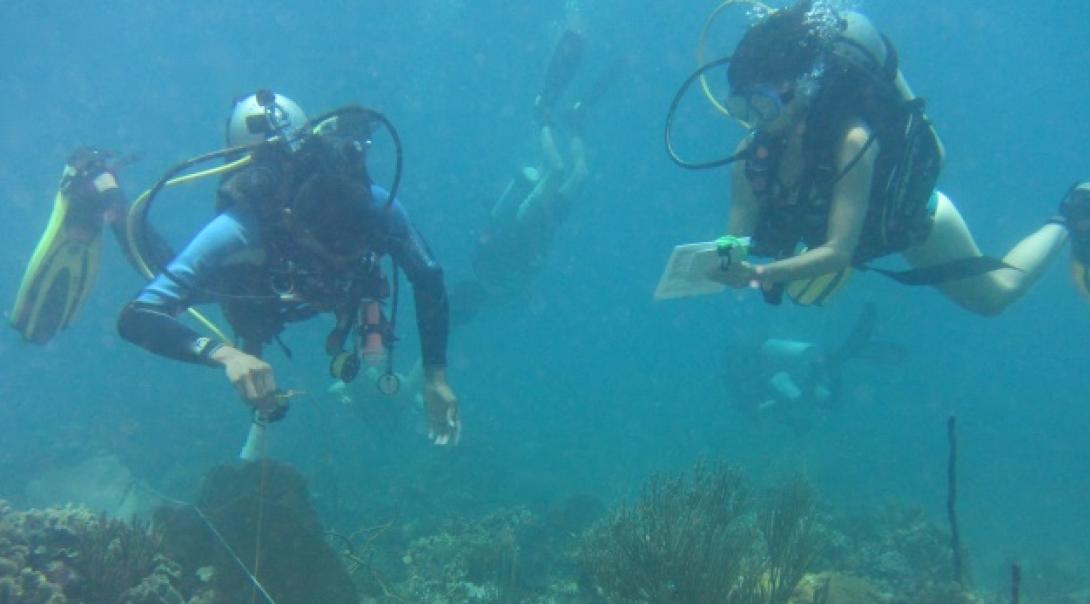