Having enjoyed two months of volunteering in Public Health with Projects Abroad in The Philippines in 2015, it was very tempting to return. But I was keen to meet the challenge of Public Health somewhere in Africa and the island of Madagascar offered just that!

If you fly the Johannesburg to Antananarivo route, try to sit on the left hand side of the plane and hopefully you’ll see the stunning coastline of Mozambique! Before long, we reached Madagascar where the scenery was equally spectacular. Landing amongst the rice paddies in Antananarivo is also quite an experience!

Andasibe (population approximately 14,000) is at least a four-hour drive from the capital and other volunteer stories accurately describe the drive, though nothing can prepare you for the diverse sounds and sights as you drive through Antananarivo. There are colourful roadside stalls, the river and lakes, the people, food stalls, and traffic!

A welcome awaited at Les Orchidees, run by Zu and Hortense with her extended family. They are all very friendly and helpful. Nothing is too much trouble for them, from catching spiders in your room (only one!) to accommodating dietary needs and everything in between!

They encourage the volunteers to help prepare the evening meal. It’s a great opportunity to practice your French or try Malagasy! The kitchen is basic by western standards, so preparation was very labour intensive, but the family worked hard to provide us all with fresh nourishing food. They even made yoghurt, which was fermented overnight in a haybox!

We were a group of three doing the Public Health Project and we spent the first week on outreach visits in the hills, driving on rough tracks through stunning tropical countryside to remote villages where there is very little medical provision. The villagers were keen to learn how to avoid plague, a disease endemic to the island, which had broken out earlier in the year than expected.

We used role-play to share information and our coordinator translated. The people in the village took pride in showing us around. There were rabbits and guinea pigs in raised hutches, zebu, chickens, ducks, and geese everywhere. Remembering that approximately 80% of the population live on less than 2US$ a day, the poverty was both profound and humbling, and a stark contrast to our lives at home.

Everything changed on week two when the Projects Abroad Country Director presented us with the outline of a five-year Public Health initiative for two small areas of the village. This initiative aimed to reduce the burden of ill health caused by preventable unhygienic practices.

Some work had already been done by the Conservation Project volunteers, like building rubbish bins, so we initially concentrated on the challenge of setting up a WASH programme. UNICEF is active in other parts of Madagascar with WASH programmes (look up UNICEF Madagascar WASH to learn more about the problem), so we had plenty online to guide us with the improvement of water, sanitation and hygiene.

Though the team was down to two (both of us nurses) we had endless encouragement and support from our coordinators. We visited the Chef du Folktony (village admin chief) to legitimise our project and to gather population statistics, though he only had statistics for those over 18! We needed baseline statistics so we designed a house-to-house sanitation questionnaire and were accompanied by our coordinator who translated and the Chef du Quartier.

Back at the office, I counted the data whilst my colleague, who was a whiz on the computer, compiled bar charts to include in our first report to the village administration as we hoped to secure some financial assistance from them.

The two of us interviewed the only local doctor in French and arranged access to his monthly disease statistics for the next five years, as we would need evidence of improvement over the years. The Catholic Dispensary also gathers the same statistics and the volunteers were arranging to work alongside the nuns to help with the distribution of milk to children identified as stunted, a condition caused by chronic malnourishment found in over 50% of Madagascan children.

My six weeks had flown by and although I had hoped to travel each weekend, this would have meant missing a day’s work to make the trip worthwhile and I was enjoying the work too much! There is some wonderful countryside to see as well as offshore islands and, of course, the lemurs and more! Luckily, the indri’s natural home is in the National Park in Andasibe and you can hear them calling to each other most days!

The Conservation Team do weekly early morning bird counts in the forest, which all the volunteers are encouraged to help with. We saw some spectacular birds and often spotted some indri. A guided tour is worthwhile as the guides know the rainforest well and point out all sorts of things that you would otherwise miss. Ask Fidi, the Conservation Coordinator, to take you one day!

There’s a lively and colourful market at the nearby town of Moramanga where everything under the sun is sold. It’s well worth a visit one Saturday, perhaps accompanied by a local to help you barter or find some local silver, but above all, to make sure you don’t get lost in the alleyways of stalls!

Look out for the largest number of pineapples you’ll ever see in your life, piled high on lorries, as you drive along. You’ll also see sacks of charcoal by the roadside waiting for transportation to the market. Sadly this is prepared from the “slash and burn” of the forest to clear land for cattle and crops and is an ecological time bomb not yet being addressed by the government.

Towards the end of my stay, a group of us headed to the east coast and to a reserve only accessible by boat, situated on the Panangales, a canal system just inland from the Indian Ocean. We awoke to lemurs running along our balcony and we enjoyed a guided walk through the forest to see exotic plants, such as neroli, ylang ylang and vanilla, cinnamon trees and of course, lots of lemurs!

The highlight had to be a night trip by boat to an island where the aye-aye live. Having only ever seen them on TV, it was fascinating to watch them dip their long middle “finger” into coconuts to extract the milk. This was all seen by the guides’ searchlight and it was quite remarkable. The return boat trip to the hotel was quite an experience too, with an incredible thunderstorm that lit up the whole sky!

I would highly recommend the Public Health volunteering programme in Madagascar as, with all the projects, it offers the experience of great teamwork but particularly the opportunity to get really close to village life through your work. There is plenty of support and an opportunity to learn about Malagasy life.

Writing about it now, I feel perhaps a second trip calling where I will certainly try to build in some extra time for travelling, as that in itself was an amazing experience in such a beautiful country. 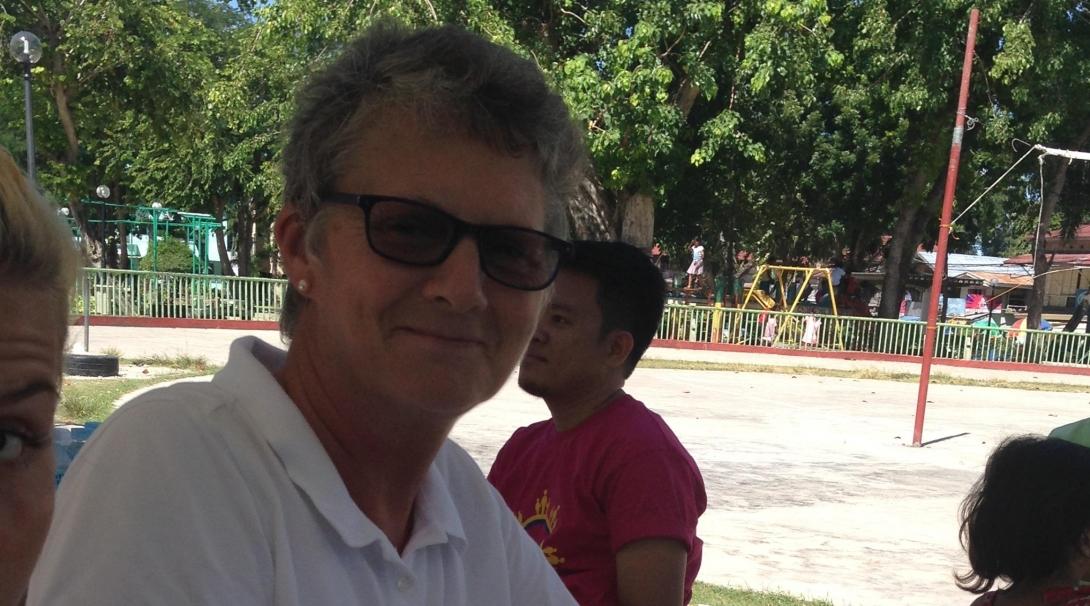