After more than 10 hours of flying, it’s fair to say that my excitement for the long day ahead had somewhat waned. Upon landing however, my spirits were lifted by two amazing staff members (with whom I still stay in touch with) who provided me with a much needed bottle of water in the Chinese heat and kept me energetic with their banterous conversation while also educating me on China and the next immediate course of action. It helped that their English was proficient, as I can’t say the same for myself with Mandarin!

Our residence for the trip was a hotel with a beautiful Chinese-styled courtyard and rooftop. Although I was worried about not making friends, these fears were immediately dissolved – the people who I worked with were amazing! Making friends with people across the globe truly helped to enrich my experience.

During my first week of the placement, I helped at an autistic children centre. Upon arrival, we were introduced to the supervisors and parents of the children, who usually stayed with them throughout. Although no one spoke English, I used this as an opportunity to help the autistic children play without the commands of their elders.

Although they were fearful of a bunch of foreigners entering the room at first, we lead by example by playing with the equipment ourselves, and sure enough, the children joined in. One particular boy loved playing basketball, and would come up to me each day to challenge me to a match, just one example of many moments of fondness I had whilst working there. Aside from playing, we helped the children carry out a variety of activities, ranging from painting to dancing to making flags.

Over the week, we became attached to the children, in particular to the ones who came every day of the week. Despite their disabilities, they were willing to do everything with a smile and I found it very rewarding to work with the youngsters as it gave me not only memories for life, but also built up my communication and empathy skills. The last day was an emotional one, as the centre threw us a goodbye party, full of games and congratulations. The smiles on the parents and children convinced me that there is nothing better than helping people who truly appreciate and need your help.

My second week of the placement was in an orphanage. Our first day was more of a meet and greet with the children than an actual day of working, but just as important. We learnt about the backgrounds of these children, and I found it amazing how the orphanage provided a small group of children each with their own “mum” rather than leaving them to grow up without any parental support. Our aim was to improve their English, so we thought what better way to do this than a production! We watched Kung Fu Panda and then made a script.

My group of kids were very energetic, which helped a lot with the action scenes! The children also became very obsessed with a game on my phone and it’s safe to say that I didn’t see my phone all too much that week. One of the children followed me wherever I went and as he got so into character, I renamed him Tai Lung, after the character he played. Playing football with them and teaching them English in the classroom only enhanced this amazing week that much more and their ambition to make the most out of life and form everlasting connections was a humbling moment for me. I wish these kids every success in their lives.

As a rapidly developing city, there were areas of Chengdu that were stunningly modern, while also keeping areas that were more traditional. Our guides took us too many places and the memories I made going around Chengdu with newfound friends will stay with me forever. I’m so sincerely glad and grateful to have met them. As the supervisors provided us with travel cards, it was easy to traverse the city, which is known as the happiest in China. The eagerness of Chinese people to engage with you despite the language barrier, and as foreigners are very rare within the city, there were a few times when we were even asked for pictures!

We had a choice to go to a range of places, and everyone wanted to go to every single location. We explored the city’s massive shopping district, the traditional Wide and Narrow alley, the national panda sanctuary and we even went out of the city to visit a traditional Chinese city, as well as so much more! Among my favourite activities were laser tag and karaoke, which were honestly some of the most fun moments of my life so far.

The supervisors provided us with food and drink and accommodated our every need and very understanding when we just wanted to rest or go somewhere else. Of course, as Sichuan is known for its food, I have to mention it. For the most part, the food was delicious and I’m sure than the amusement of the Chinese locals at us foreigners dying of the heat of the Sichuan hotpot will be a memorable moment for both them and us. The low prices of the food also ensured that the weight lost exploring the city reappeared quite quickly!

I had a brilliant time in Chengdu and the outcome was very rewarding. The feeling of being able to freely explore somewhere so unlike home yet so comfortable at the same time is something I won’t forget, and has me itching for my next adventure, China or otherwise. The friends I made along the way made the goodbye very hard and emotional. We still stay in touch and whenever one of us visits another’s country, we make the best effort to see each other.

We only had a reunion just last week with friends coming as far as San Francisco, after nearly a year! And of course the supervisors completed the trip. More than supervisors, they also became some of my long lasting friends! I had a blast in China and will cherish the memories I made there forever. 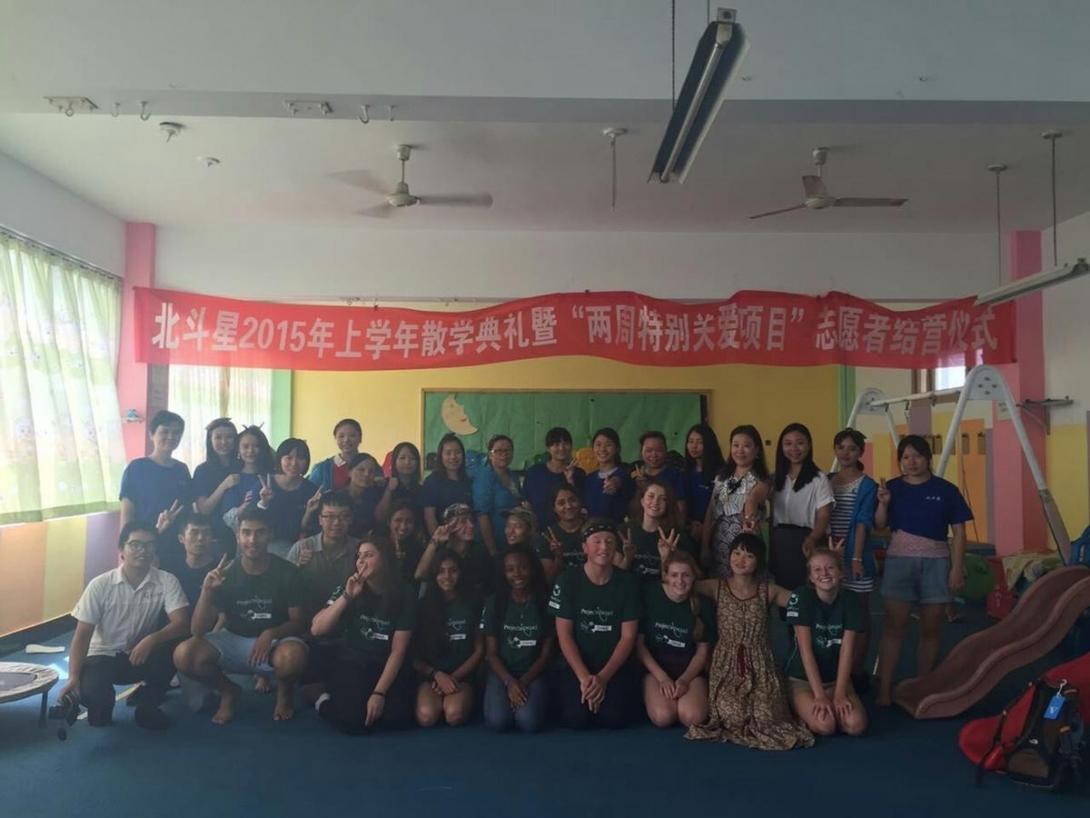