Abuzz with mosquitoes and mosquito-borne diseases 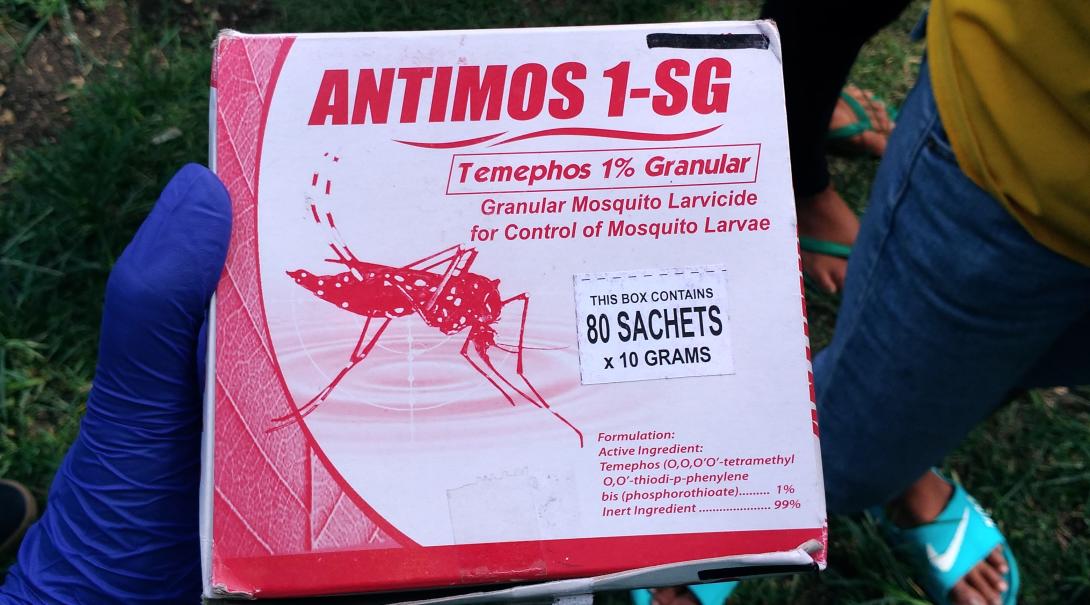 Mosquitos suck. Quite literally, but figuratively too. Why? Let’s bite into the stats.

Causing almost one million deaths a year, mosquitos have fast become the deadliest animal on earth. Crazy right? We automatically assume the deadliest creature would be one closer to the top of the food chain like sharks, crocodiles, or even humans. But no. The deadliest animal is one that registers with us as a mere annoyance with their constant buzz and bites...most often when we’re trying to sleep.

Since mosquitoes are the ones getting the bad wrap, it’s worth noting that their bite alone isn’t deadly. It’s the type of mosquito-borne diseases that infected females carry, such as malaria, dengue, chikungunya, yellow fever, West Nile virus or Zika virus. Malaria is responsible for almost half of mosquito-related deaths around the world, and dengue fever is the leading cause of hospitalizations and death among children in some Asian and Latin-American countries. The Zika virus has also been a prominent news feature with its outbreak and the risks to pregnant women in particular.

Since almost every country we work in is affected by mosquito-borne diseases or has a risk of malaria, this is a topic very relevant to us and our volunteers.

As part of our Medicine & Healthcare Projects, we have been increasing our efforts in education, prevention and treatment of these diseases. Our volunteers have been helping to: 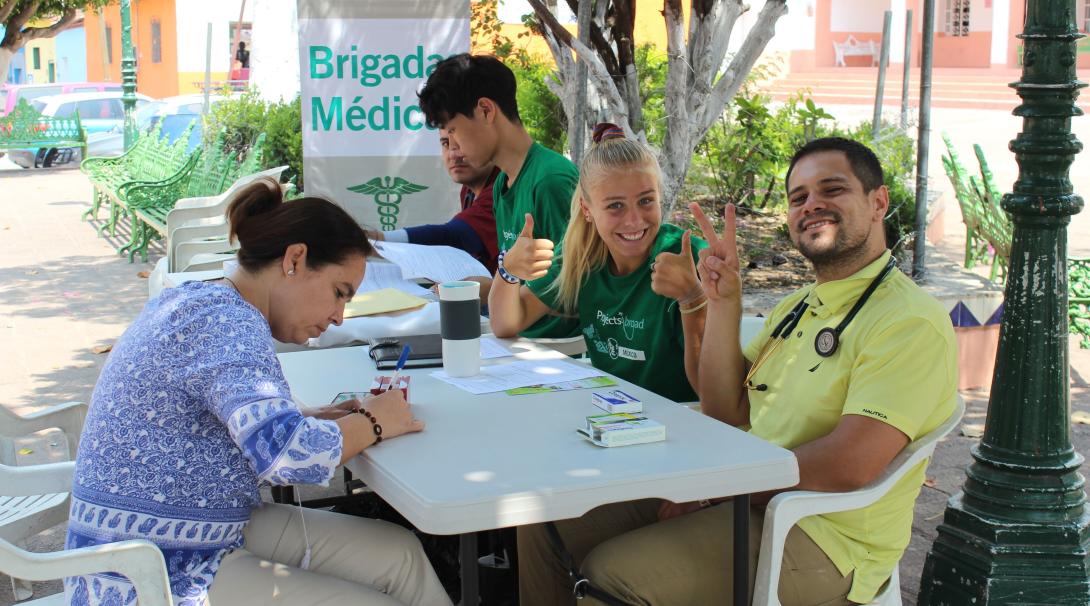 Improve the diagnosis and treatment of mosquito-borne diseases

Once infected, prompt treatment should be sought. However, due to financial constraints or beliefs in traditional medicine, many families from poorer areas only report symptoms once they’re severe. By this point, the infected mosquitoes could have traveled, laid more eggs and spread the disease to others.

By preventing infection and diagnosing these diseases before it has time to progress, we hope to reduce the high-fatality rate in underprivileged communities. Providing free malaria tests and anti-malaria medication to community members in Ghana, Tanzania and Togo, and administering dengue fever vaccines to children in the Philippines are a few of the initiatives we organise. 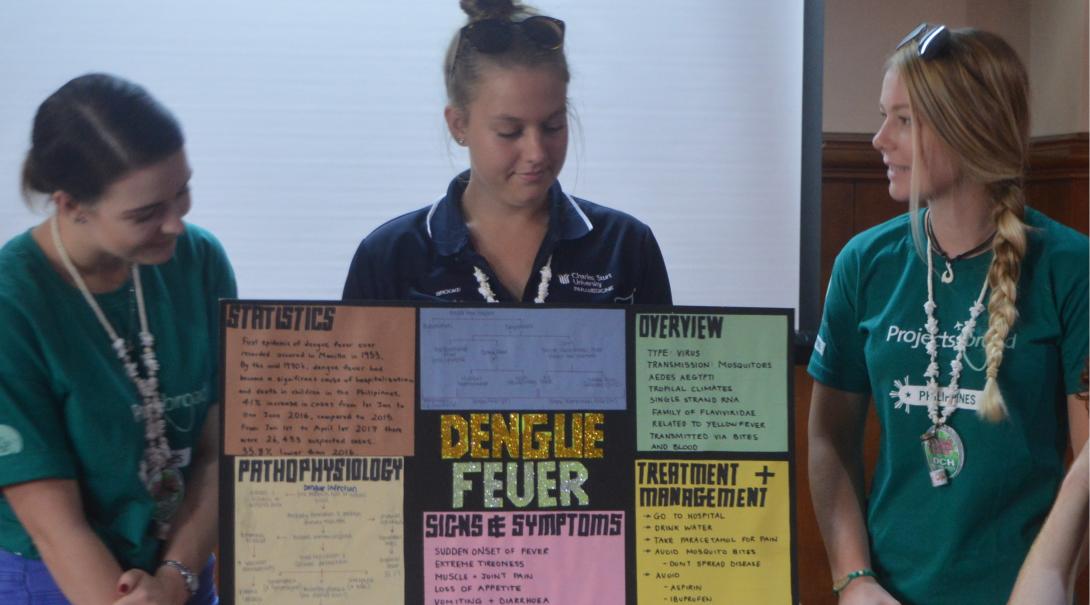 Raise awareness about mosquito-borne diseases to help educate the public

Because of the limited funding for public health initiatives in many developing countries,  there is a lack of education surrounding medical issues and concerns. Our volunteers aim to increase the knowledge of mosquito-borne diseases in these communities including how the diseases are spread, their symptoms and how they can be treated. By doing so, we’re empowering communities to protect themselves and avoid possible fatalities.

Among other initiatives, our volunteers have been distributing dengue fever information leaflets in Sri Lanka and ran educational workshops on the Zika virus in Belize, Jamaica and Argentina. In 2018 alone, our volunteers reached more than 800 community members with talks around mosquito-borne diseases. 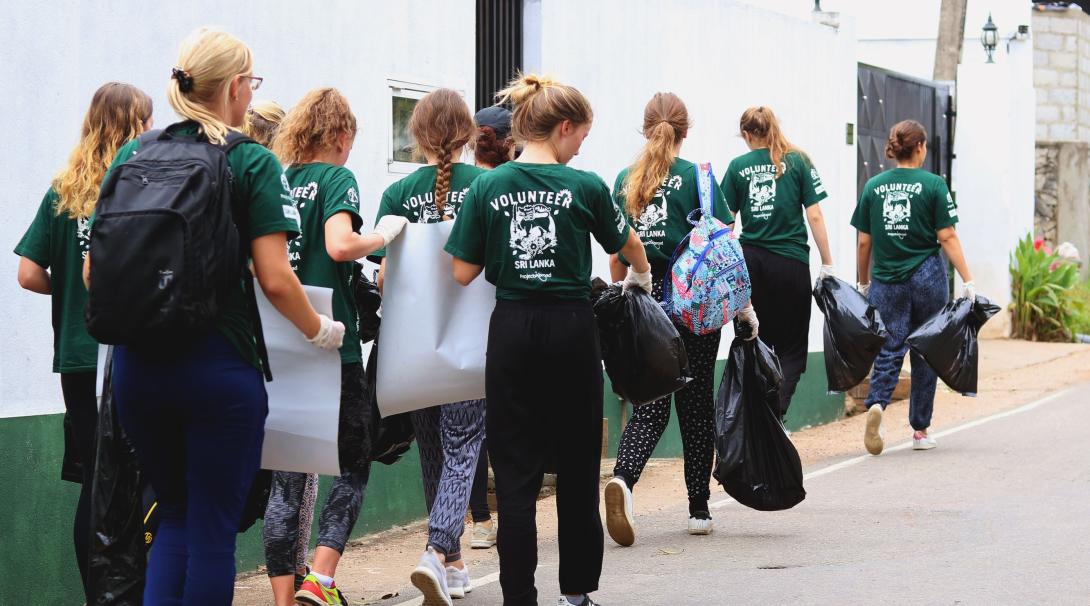 The most effective way to reduce the number of mosquitoes around homes and in neighbourhoods is to eliminate any possible breeding ground, more specifically, standing water. This is especially important as many adult mosquitoes are not able to travel far from their breeding ground.

To educate the communities on the best way to prevent mosquito breeding grounds, our Medicine & Healthcare volunteers have run workshops in Fijian, Philippine and Sri Lankan communities with high numbers of dengue fever. They also assisted the Philippine government with a clean-up drive and successfully destroyed possible breeding grounds in 40% of the area. They went even further and cleaned the homes of patients diagnosed with dengue fever.

These initiatives only demonstrate a fraction of the impact you would be able to make as a Medicine & Healthcare volunteer.

When to swat and when to not

If you find an itchy bite while volunteering abroad with us, don’t panic! Only specific mosquito species are able to carry these diseases. However, you should still keep an eye on it and go straight to your doctor if you start presenting any symptoms. These can include fever, headaches, joint and muscle pain, fatigue, nausea or vomiting.

Beat the bloodsuckers while abroad

Taking preventative measures is the best way to avoid any type of mosquito-borne disease while you’re volunteering abroad. Here are a few simple tips on how to avoid infection, including those pesky itchy bites. 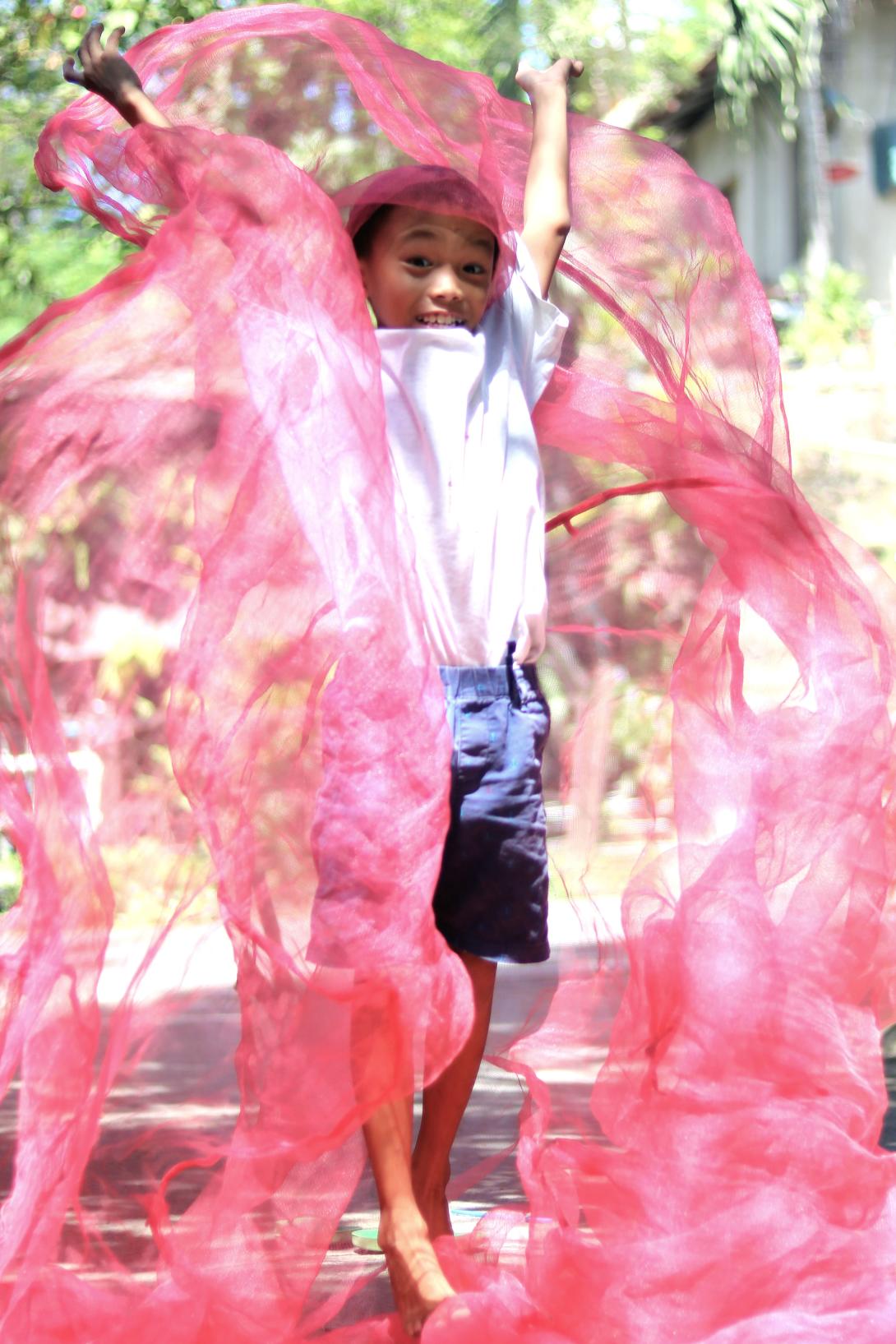 #1 Lather on the insect repellent

This little bottle will become your best friend. Lather, do not rinse and repeat.

#2 Wear light clothing that covers your arms and legs

The best way to avoid those pesky bites is to give mosquitoes a limited canvas to work with. Cover up with long pants and sleeves in light materials like linen.

#3 Stay inside during certain times of the day

Mosquitoes are most active during periods when it is cooler and there is less wind, specifically during dusk and dawn.

Mosquitoes are attracted to darker coloured clothing. This is because you’re easier to spot during dawn and dusk when mosquitoes are most active.

#5 Sleep under a mosquito net at night

This will keep you off a mosquito's dinner menu. Bonus points if it is laced with insecticide.

A little known fact is that mosquitoes aren’t strong fliers. Keeping a fan on while you’re in your room will make it difficult for them to sink their teeth into you.

More than half the world’s population are living in areas where mosquitoes are able to spread these diseases. It only takes one infected mosquito to escape, lay eggs and start an outbreak. This is why sustainable mosquito control efforts are vital. With your help, we’re continuously working to prevent outbreaks and reduce the rate of infection.

Join one of our Medicine & Healthcare Projects and make a difference of your own.

Want to know how you can help prevent mosquito-borne diseases abroad?